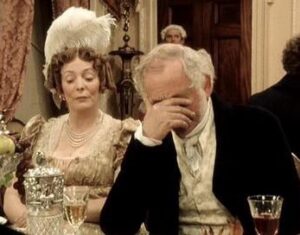 Mrs. Bennet, the fluttery, ineffectual, anxious mother from Pride and Prejudice generally comes across as a comic figure, one whose foolishness stands in high relief to Lizzie’s common sense and insight. And yet, it’s Mrs. Bennet–the fool–who puts her finger on the central injustice in the book: Longbourn is entailed to the heirs male, as most large estates were, and the five women who call that place home will be left with nothing when Mr. Bennet dies. That is, plainly, absolutely not fair, and when Mrs. Bennet says as much, she’s ridiculed.

That injustice was central to Jane Austen’s life. She, her mother, and sister were cast upon the charity of her brothers when Mr. Austen died. One of those brothers was quite wealthy, and yet, the household established for the three women was humble. Why didn’t Jane or her sister simply marry? Three of their sisters-in-law died in childbirth, one after her tenth lying in. Wasn’t Regency society just a wonderful place for women? 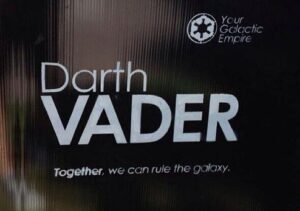 Mrs. Bennet said what Jane could not: To be a woman forced to depend on male honor is terrifying.

Fools can get away with speaking the truth, and those who ought to take note can dismiss the fool as a fool, and ignore the truth. I’ve been struck in recent years by how much good news reporting John Oliver and his ilk can do–shining the unflattering light of truth in many directions–while calling what they offer humorous commentary. Other late night fools have done likewise, and we listen to them. They educate, annoy, provoke, and amuse us, but we listen to them.

When I first worked in a newsroom, I was taken aback by how dark the humor was, but then I got used to it, and eventually came to appreciate it. The foul language, cynicism, and inside jokes became a sort of fortification against all the misery peddled as news.

The same thing happened in the foster care court room. Over the years, the bailiffs, clerks, and attorneys all developed a kind of humor that you couldn’t grasp if you hadn’t put in those years with us. The quips were occasionally nasty or vulgar (also sometimes brilliant) and a shorthand way of saying, “This is a sad, tough place to work, but at least we work here together.” 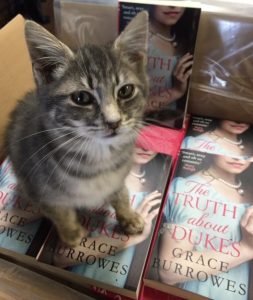 We haven’t had much to laugh about this year, but still, there is humor to be found. Where have you been finding a good laugh (or a bad one), a chuckle, something to smile at, despite that truth it might convey?

To three commenters, I will send signed UK versions of The Truth About Dukes. These are big, pretty paperbacks (kitten not included) and I will send them anywhere in the world. (C’mon, Nov. 10!!!)

32 comments on “The Most Honest Medicine”