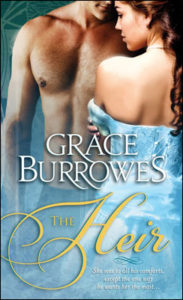 In 2020 the average American family size was 3.15 people (how is that even…?). I grew up in a household of nine, which qualifies as a large family by today’s standards. Queen Charlotte, who presented George III with fifteen assorted princes and princesses, scoffs. Loudly.

As I put the final touches on Sycamore Dorning’s story (youngest son of from a brood of nine blended siblings) I was struck by how often I write a series from the top down. The Windham sons, being the oldest, made up the first trilogy for that family and Lady Eve brought up the rear. The Haddonfield tales began with Wee Nick, the oldest, and finished with Max/Adolphus, the youngest son. The first two Dorning tales were Jacaranda and Grey, followed by Willow, et cetera and so forth. 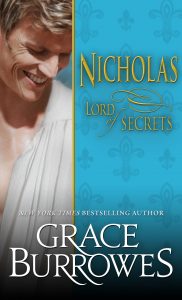 Mary Balogh, with the Slightly series, proved beyond a reasonable doubt that having the oldest sibling as the eminence gris who occasionally does secondary hero or secondary villain duties, can really build suspense. By the time we get to Bewcastle’s tale (Slightly Dangerous) after watching him sashay through five other books (and never once smile), we are pretty well panting for His Grace to fall hard.

But I seem to prefer to watch the younger siblings develop and mature as their elders take center stage first. I’m indebted to my niece, who has a master’s in social work, for splaining me why this might be.

It’s apparently a trait of younger siblings in large families to take on whatever roles aren’t already spoken for. If the parents and older siblings lack financial sense, the youngest might become the family bookkeeper. If nobody else in the family pays any attention to the Aged P’s, the second-to-youngest 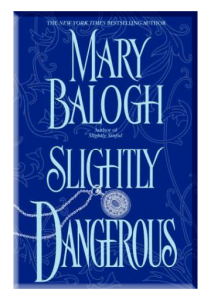 Last-borns and later-borns apparently often develop an ability to size up their tribe–or any tribe–and see what’s lacking. Sometimes, the moment calls for a joke, other times, what’s needed is a hard truth nobody will admit. The later-borns are more facile at reading and meeting these needs, and the family as a unit is stronger and healthier as a result.

That dynamic can leave the later-born child in a quandary though, trying to sort through what’s familial duty and what’s personal preference. 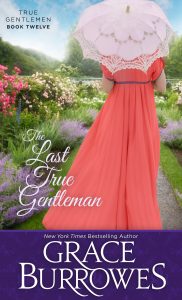 It’s a theory. In any case, I apparently believe that saving the best for last in a sibling series means finishing with the younger, cannier, more chameleon-like later-borns. But I absolutely loved the Slightly series, and Slightly Dangerous in particular.

Do you have a preference for series order? Do you think there’s anything to the idea that younger siblings adapt to meet familial needs? My oldest brothers would probably say the shoe goes on the other foot, with trailblazers getting stuck with the hardest jobs…

I’ll add three commenters to my e-ARC list for The Last True Gentleman, and PS The pre-order links are up for Miss Delectable, Mischief in Mayfair–Book One.