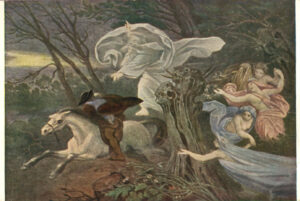 So there I am, in the shower, which I consider a place of refuge because No Tech, and No Stress (I know how to take a shower), and into my head gallops a little ditty called Erlkönig or Elf King. Goethe wrote the poem based on folklore; Franz Schubert turned it into a lied (art song), and my mother learned to play a piano version when she was a girl.

It’s spooky music, all minor and full of tremolo, and a spooky tale. A father is riding through a stormy night, inclement weather bearing down, a sick child in his arms. The child–maybe delirious?–sees the Elf King, who tempts the boy to join him in fairyland. The father reassures his son. It’s just the shadows, it’s just the whisper of dry leaves, it’s just the swaying of the willows in the darkness… and all the while, the music is growing 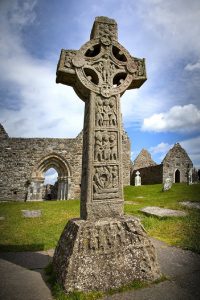 faster, modulating up a half step, becoming louder.

Old Schubert knew his stuff. The Elf King claims he’ll snatch the child by force, though the father has arrived at safety at last. But too late! Dad finds to his horror that the child in his arms is dead. In seinen Armen das Kind war tot.

I get to that part, and I just start crying. Why must das Kind be tot? That’s an awful song. Who writes this crap? Half a million Kinder are tot from this stupid virus, and I hate that. And why did this song accost me in the shower when I haven’t thought of it for years?

Then I’m dreaming–I don’t dream much–and the gist of the story is, an autistic child cannot speak until the music starts, and then the lyrics pour forth. What is going on here? Crying in the shower, dreaming? Grace Ann? Is this birthday business? Signs of spring? A new book germinating? Inquiring minds are flummoxed. 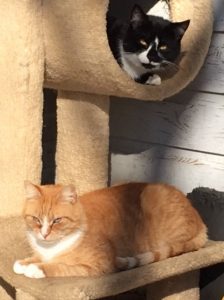 Then I’m scrolling through social media, and I see somebody has posted a St. Patrick’s Day version of their church choir doing a virtual rendition of Be Thou My Vision, which–irrespective of theology–is a great old hymn. I sing along, scaring the cats.

Speaking of cats, I’m out on the front porch, feeding the Vandal horde their daily ration of wet food. When Sunny Gets Blue pops into my head, an old torch song I haven’t heard since college. I serenade the cats, and again I’m curious: Where is this coming from? Yeah, I have a music history degree, but that thing is 40 years old… 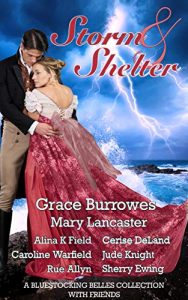 And I have not sung, danced to, or dreamed music for the past year. Oh, that is an abomination against nature that is. That is thievery of the worst sort, because I did not realize my heart’s pocket had been picked. For shame, damned virus. For shame upon you.

What has the pandemic stolen from you? Are you seeing any signs of hope? To three commenters, I’ll send an e-ARC of Shelter and Storm.