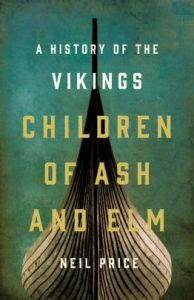 My oldest sister and I got to emailing about books. She recommended Children of Ash and Elm, an exceptionally engaging history of the Viking Golden Age, by Neil Price. This tome caught her eye  because the author is such a protean thinker. He’s interested in everything from the maritime Silk Road (never heard of such a thing), to the Viking diaspora (never heard of that either), to paradigms of piracy (who knew?), to the socio-political ramifications of opium addiction then and now, to… Yikes already!

I passed along to my sister one of my favorite books, Being a Beast, by Charles Foster, because he strikes me as having the same sort of enormous, busy, elastic mind as Mr. Price. Foster is a lawyer, veterinarian, and PhD expert on medical ethics. He synthesizes all that stuff through the lenses of various wild species, and comes up with an eloquent prayer for the planet and for his own species. 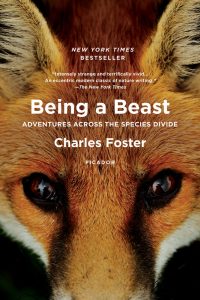 This ability to leap across apparently unrelated topics and find connections just awes the livin’ peedywhaddles out of me. This is vision and creativity and insight. I marvel at such gifts and wish the people who have them long, joyous, well documented (and well compensated) careers.

The discussion with my sister led me to remark that our own father had often insisted that the life of the mind was the one most profitably cultivated, because it was “all you’re left with,” in the end. This was a guy who was still sitting on PhD committees into his eighties, and who was winning cribbage games the day he died at age 96. 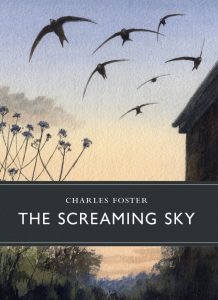 But I also realized that never once–not one time in my whole life–had I heard either of my parents complain of boredom. They were both always reading. Mom read “good books,” Dad read science, science, and more science. Time and National Geographic were scattered around the house from my infancy. For two people who didn’t travel much beyond the Lower 48, my parents went on many literary flights. I’m sure there’s much they could have whinged and whined about, but their choice was to stay interested in the greater world, and creatively nourished with reading material.

Through books and reading and other people, they were fascinated by the wonders of creation rather than by the temptation to  lament Mom’s rheumatiz or Dad’s research funding problems. I need to give them credit for that example, both as it relates to having a constructive outlook, and as it relates to 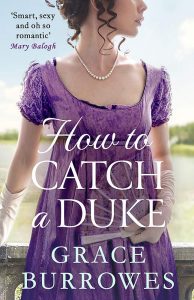 feeding the soul with the written word. They got that spectacularly right, and I have had both a bearable pandemic and a delightful livelihood to show for it. As we approach the Mother’s Day and Father’s Day observances: Thanks, Mom and Dad for the books and the good example.

Two questions: What did you or your parents get right, without any fanfare or drama? Also: Read any good books lately? To two commenters, I’ll send signed copies of the very pretty large print edition of How to Catch a Duke. The books are surprisingly lightweight and compact, and I do like that cover!

14 comments on “I Will Book No Complaint…”