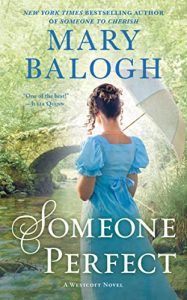 I love the long, quiet evenings of winter, mostly because those are great reading hours. I’m finishing up James Clear’s Atomic Habits (like most self-help stuff, not a whole lot of substance, but well intended). I have queued up Make Your Art No Matter What by Beth Pickens (thanks to Austin Kleon for the recommendation).

And I have scheduled a grand pause on all fronts this week, because Mary Balogh’s Someone Perfect comes out on Tuesday–and you know what that means.

I am also noshing my way through Andrew Roberts’ new biography of George III, The Last King of America. The British Royal Family recently opened up a whole trove of original sources relating to George’s reign, and Roberts scored access to the lot of it. In addition to frequent quotes from George himself (he was a keen and voluminous correspondent), Roberts parses the history of the American Revolution from a British–or perhaps disinterested?–perspective. 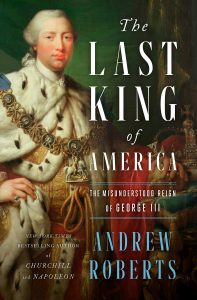 John Hancock like most wealthy merchants from the northern colonies, made bank smuggling and doing illegal business with the Dutch. Independence meant he could avoid massive fines assessed against him for breaking the law.

George Washington, along with Jefferson et alia, was heavily in debt to London merchants, and saw independence as a means of walking out on those debts. Southern landowners were terrified that Lord Mansefield’s 1772 judicial opinion outlawing enslavement in England would be imposed on the colonies. Wealthy colonial land speculators were furious that Britain prohibited wholesale invasion of Native American lands across the Allegheny Mountains.

Those Native American tribes had been crucial allies in the Seven Years War, and George wasn’t willing to repay their assistance with invasion. 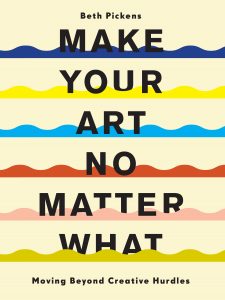 I feel like I’m reading Ripley’s Believe It or Not regarding American revolutionary history, though Roberts’ scholarship is utterly beyond reproach. The picture that emerges is a bunch of greedy, clever colonial agitators who saw terrific opportunities for personal gain. The situation wanted wanted only some catchy lies, religious paranoia (most Americans were dissenters, and rabidly anti-Church of England), and lofty rhetoric to pull off the grandest parade of moral new clothes in history.

Whether I find Roberts’ conclusions convincing or not, The Last King of America has made me think hard about what I learned in Advanced Placement American History and subsequently. I love it when a book makes me stop and ponder, or makes me re-arrange my assumptions. 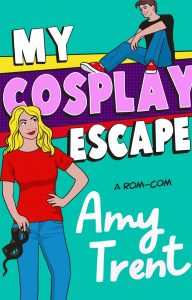 Have you come across books that made you stop and think? Books that turned your assumptions inside out? Special give-away this week: To any interested commenter, I’ll send an ARC file of My Cosplay Escape. My dear, darling niece, Amy Trent, is dipping a toe in contemporary romance waters, and this title will launch Dec. 7. It’s bouncy, heartwarming, fast-paced, and fun (if I do say so my own, not-very-biased self)!

PS: Lady Violet print links for Amazon are populating as I type this. I’ll add them to the book pages as I spot them (and I love her ladyship’s covers)!

20 comments on “Booked for the Holidays”