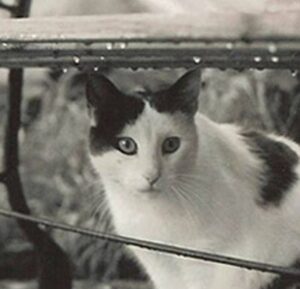 Yes, I know. It’s January,  but the grouchy green guy who sneers at all the stupidly cheerful Whos has been on my mind lately. For a writing class, we had to read Ernest Hemingway’s A Cat in the Rain, and the instructor noted–after praising nearly every word Hem wrote–that the author did not appear to have a warm regard for his characters.

It’s a very short story, and as I slogged through it, all I could think was, “Not short enough.” The husband is a lazy, sexist drip. The wife a cross between Blanche DuBois and June Cleaver (in a bad way). The hotel staff is alternately obsequious and exploited. The cat is so dumb it gets caught out in the rain and can find only the dubious protection to be had beneath a sidewalk cafe table. 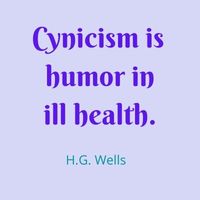 As I’m reading through the comments of my classmates, who found the story marvelous, the instructor’s analysis marvelous, the prose-craft marvelous… I’m thinking, “Who would want to be in this story world? The author is relentlessly negative, condescending, belittling… BLECH.”

But then I thought about every piece of news “commentary” I’ve seen for the past five years. Cynicism sells. Cynics come across as pragmatic, rational, and unbefuddled by sentiment. Our words for optimist and optimism by contrast–Pollyanna, dreamer, rose-closed glasses, idealist–all connote foolishness to some degree.

But that perception–of cynicism equating with wisdom–is wrong. Though most people think cynics are smarter than optimists, and cynics must excel at spotting lies and charlatans, the opposite is true. Clever folks  (at the Stanford Social Neuroscience Lab), have done the research, and found that cynics, because they tend to see everybody 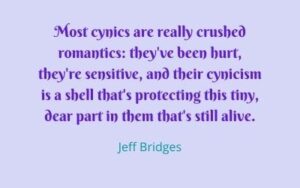 as a potential cheat, crook, or liar, can’t pick the real miscreants out of the crowd. Cynics tend to test with lower cognitive function (euphemism alert), and they tend to earn less than people who test as optimistic.

Cynicism might be a neat trick for provoking “engagement” on social media, but cynics are the last people we should regard as oracles or prophets. This is relevant to me because I have a great imagination for scary things. I can see all the ways the planet is going to die, how technology is wrecking democracy, and why I will end up living under a bridge with only a tin cup and one stinky set of ill-fitting clothes to my name.

But I also have the ability to wear whatever hat my tribe is missing. As a younger sibling in a big family, I developed the ability to be a cheerleader is if nobody is cheering, a realist if everybody is under-budgeting, and a workhorse if everybody else just too tired 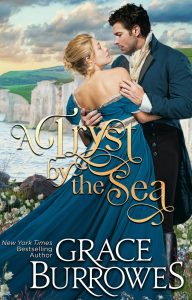 to keep plowing. This is a common trait of younger siblings, and it means that–more than most people–I have a choice as to whether I lurk up on Mt. Crumpit snarking to my pets, or join the singing down in Whoville.

I believe in love, and so I hope I take every opportunity to sing with the Whos rather than snark with the green guy, despite my gift for imagining calamities.

Who strikes you as wise? How do they create that impression? I’ll add three names to my ARC list for A Tryst by the Sea!

13 comments on “To Grinch or Not to Grinch”