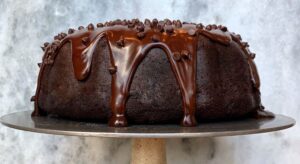 Romance authors figure out fairly quickly that readers will forgive a hero much more than they will a heroine. No matter how pig-headed, stuck, or dense the hero is, the reviewers will not slap the label, “Too stupid to live” on him, while any number of stubborn, timid, naive, determined [adjective of choice] heroines are accused of that failing.

I am guilty of this hypocrisy myself, in that I was very slow to develop compassion for my own mother. Not until I had a child–and was a single parent–did I begin to perceive the forces aligned against Mom’s autonomy, freedom, and happiness. From Irish 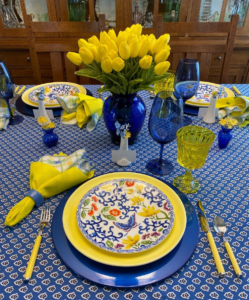 immigrant culture, to her religious affiliation, to societal limitations in general, she would have been hard put to make any but the choices she did.

As as child, though, I could not understand her fanatical need to control the appearance of our home. A glass could not be left in the living room, dishes did not accumulate in the sink. She ironed pillowcases (or had her daughters iron them, in a very specific method), and mitered the corners of sheets on nine beds.

As a kid, I did not understand why anybody would miter a corner when the next thing you do is toss a bedspread over it. Nobody sees that tidy linen, nobody knows if a pillow case has been ironed 24 hours after it has gone on the pillow. What did it matter if you ate salad first or after the main course? 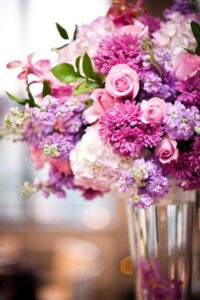 Madness, to my way of thinking, to fixate on inanities like that.

Mom was, of course, controlling what few domains she had power in, and such was her need to be regarded as competent (I don’t know anybody else like that), if all society left her was pillowcases and tossed salads, she would subsist on them and find meaning in them. My reaction as a child though, was a resounding, “I don’t want to be like her.”

What I probably meant was, “I do not want to be frustrated and dis-empowered like her,” but what I did was avoid the areas where she thrived. She was a great cook. I don’t cook to speak of. She was always entertaining. I… well, nope. Not in my home, anyway. She made her house a show place. While… I just last week got around to having a really disgusting junk pile hauled away, after years of simply tossing my dead furniture behind the summer kitchen. 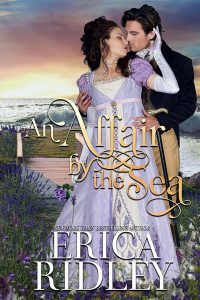 In later life, I am left with a puzzle. What parts of me did I toss out in an over-reaction to my mother’s home-bound, economically dependent, reproductively powerless fate? I like walking into a pretty, tidy, house that smells good. I like good food. I don’t expect I’ll ever throw the kind of parties my parents did, but neither–I hope–will I ever again let a junk pile sit for years because… well, I’m not sure why I did that, but I don’t feel good about it.

Are you still negotiating boundaries set earlier in life? Are you still gaining insight into choices you made as a kid or choices your parents made? Any do-overs come to mind?

To three commenters, I’ll send e-ARC files of Erica Ridley’s novella An Affair by the Sea, which goes on sale this week!

14 comments on “The Junk Pile”