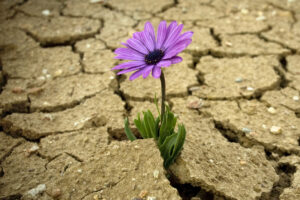 I have been tapped to give a talk to some writin’ buddies on the topic of resilience. The general theme suggested was persistence, but I can get more fired up about resilience because I think it’s over-sold and over-promised.

First, resilience as a quality is positive. It’s stubbornness with a halo, and stubbornness is not always a good thing. The purslane that so resiliently regrows in my flowerbeds after I rip up as much as I can, would be better advised to spend that resilience sending some shoots out along the roadside, where I would leave it alone. Give up and move on, in other words, and to blazes with unthinking resilience. 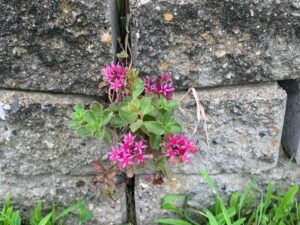 Second, resilience inherently places on the individual (or church, business, school…) responsibility for rebounding from what might well be a societally approved harm. After Hurricane Katrina, New Orleans was supposed to be resilient (and it was). All the resilience in the world won’t stop another major flood if the politicians in charge don’t build a better levee system. There’s a line between, “I didn’t get into my A-school so I will keep applying elsewhere,” and, “The game is rigged against me, and I alone cannot fix that.” Relentless cheerleading for resilience obscures that line.

Keep trying! Never give up! A winner is a loser who didn’t quit! Grit is the answer! 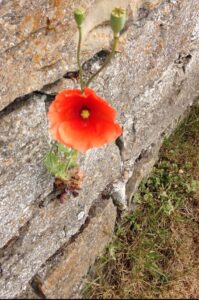 Meh. Third, if we value resilience, we are inherently valuing the status quo ante, the status to which we are trying to return, which–possibly for good reasons–blew up in our faces.  The employer exhorting us to “get back to the office to revitalize our downtown…” is forgetting that downtown in many cases was polluted, congested, expensive, ugly, and unsafe. Moreover, for many women the commute to downtown was full of sexual harassment or worse. Downtown didn’t work so very well in many cases, and by insisting we rebound to that norm, we’re missing a splendid opportunity to do better.

So I turn a jaundiced eye on the blanket positivity resilience is supposed to conjure. I’m much more likely to encourage people to re-evaluate their expectations, to hand back to society at large responsibility for systemic problems, to think of ways to swerve the whole resilience mindset, and envision a new normal that simply works for now. I’m aware that my attitude might mean my life is smaller and less impressive than it could be–but also less frustrating and exhausting. 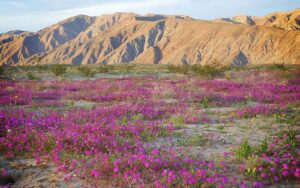 If, after a period of stress and trouble, I have the resources to reach for more distant stars, lectures on resilience aren’t likely to inspire me to capture them. But that’s just me.

Where does the concept of resilience leave you? (And do you have any advice for burned out writers who all just want to go a conference and hang out in person with each other?) No give away this week. I’m instead donating to the World Food Program.