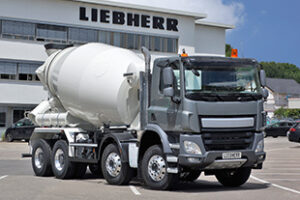 On the way to the horse barn this week, I found myself tooling along behind a cement truck. When I was a small child, I did not know the correct name for this vehicle, because the family term was, Putty-Putty-Ment-Mixer. I have no idea who coined that appellation, but my siblings all know what it means.

They similarly know that my mother, among others, used the term bombosity to refer to the backside, and she was also fond of the term ish-kabibbles to mean, “Oh, what nonsense.”

My father, when intent on sternly admonishing an errant child, began his tirades with, “Now look, chum…” and chum was accompanied by a downward poke of the index finger, extended from an otherwise closed fist. We don’t have come-to-Jesus moments in the Burrowes family, we have now-look-chum moments. 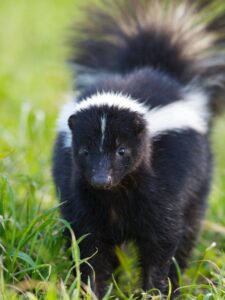 My siblings would also know who Tanya MacBride is. In our family she is legendary, also imaginary. My mom was at some academic cocktail party, widowed for the evening once again by that notorious strumpet Science (meaning my dad was off in the corner rhapsodizing to some colleague about tri-ethyl-methyl-butyl-mercaptan*), and a visiting professor asked Mom who she was. She was a pretty redhead, that’s who, but she told this guy she was Collen Burrowes, and her stage name had been Tanya MacBride.

Tanya, according to my mother, had been a prima ballerina in her heyday, and danced with all the major international companies. Swan Lake was her favorite from the classic repertoire, and I forget whether Nureyev ever partnered her. If he didn’t, his loss. 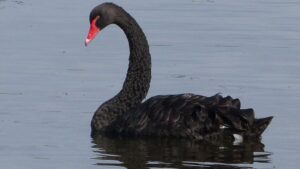 This was a complete fiction woven by my mother and a few servings of Old Blabbermouth. She never told her conversation partner that she was having him on, but the next day, in tones more bewildered than contrite, she explained to my father what she’d done. He thought her tale was hilarious. From that day forward, anybody in my family having an alcohol-inspired flight of grandiosity (or mendacity) was having a Tanya MacBride moment.

Authors are supposed to capitalize on the power of words to evoke associations and connections. The best example I can think of is Mary Balogh’s character, Wulfric, Duke of Bewscastle. He is described as  silver-eyed and elegant, and his signature word is “doubtless.” If Bewcastle opines that you will doubtless want to do such and such, he’s telling you in duke-speak: Do it, or get your affairs in order. 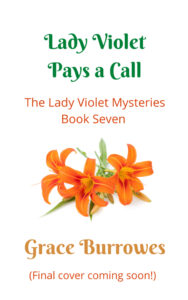 One of my alma maters is Penn State. If you stand at  a busy intersection in any major city and sing, “Fish Heads, fish heads, roly-poly fish heads!” loudly enough for twenty minutes, some Penn State alum of a certain age will yell back, “Eat ’em up, yum!” It’s a stupid little dark nursery-rhyme song, but it can also unite two strangers with a mere dozen words. Language, used skillfully can create bonds in seconds, and evoke memories from half a century ago.

Does your family or your workplace have unique vocabulary? Have you seen authors use signature words (or expletives) with particular skill? I’ll add three commenters to me ARC list for Lady Violet Pays a Call.

*the compound that gives skunk spray it’s distinctive odor, detectable by the human nose at the level of parts per billion, and thus used to scent natural gas so leaks are obvious.