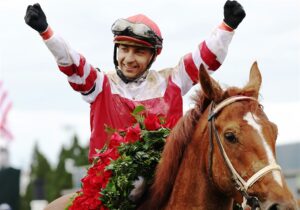 I am not very keen on Thoroughbred racing. Just as publishing is now largely run by money-people rather than book-people, racing suffers from too much influence from the money-people, and not enough respect for the horse-people or for the horses, in my humble.

The sport is trying to improve from a humane perspective, and has come a long way in recent years, but I’m a still a skeptic. If you breed an animal for three hundred years to be fast, then a lot of not-so-keen traits are tolerated and even reinforced, provided fast individuals exhibit those traits. This is not fair to the many, many individuals who lack competitive speed. Enough said.

I did, though, happen to catch this YouTube drone video of Rich Strike winning the recent Kentucky Derby.  That colt came out of nowhere, fired up the turbo-jets, and VA-VOOM. When the favorites were all tuckered out, he was still pouring it on, and thus did an 80:1 long shot handily win the race.

It’s delightful to watch, in an edge-of-your-seat way. The horse from nowhere (well, Ohio), the last minute entry that wasn’t supposed to happen, the very worst starting position, the jockey who’d never won a Grade 1 stakes, the trainer who’d lost his barn to a fire a couple years back… On no planet was this the winning team. 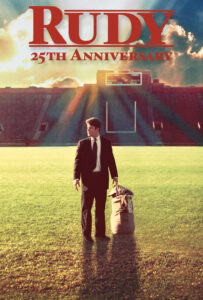 Authors depend on the long shot dynamic, on weaving stories where the happily ever after, the solution to the crime, the successful senior year, all become long shots. Readers come along for the ride, because if the long shot can win, anybody can win. Long shots give us hope, they give us the courage to take risks, they give us reassurance that even if the system is rigged, the lucky and the few can still beat it.

I’ve been the long shot. My most memorable taste of that status happened when I wrote a proposal to the state of Maryland to provide legal services to children in foster care. I had little experience with that kind of law, I had no political connections with the procuring agency, and my team was up against the incumbent’s well oiled (and well funded) machine.

I still recall the day I learned that I’d written the winning proposal. I was a broke, increasingly exhausted single parent, terrified that my law practice would never gain any traction. The news that we’d won the contract literally dropped me to my knees. I lay on the ground, feeling the warm sun on my face, watching the blue summer sky overhead, unable to think anything but, “Thank you.” 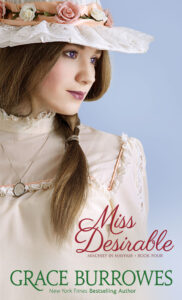 Thank you, that I can afford to raise my daughter, make my house payments, and buy groceries, but also thank you, universe, for proof that my hope for a meaningful and manageable life has not been in vain. Thank you for I-can-breathe-now. Thank you for a moment of unalloyed joy, because we need those.

So, congratulations, to Rich Strike, and his team, and to everybody who bets on the long shots that come through.

Have you ever had a long shot moment? Been in a situation where you beat the odds or watched somebody else pull that off? I’m sending out the ARC files for Miss Desirable this week. If you want one and I don’t send one to you, please email me at [email protected] (And for my fellow print readers, the Amazon print version just went live.)

10 comments on “Strike It Rich”