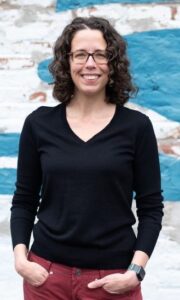 Jane Friedman is a publishing industry pundit who actually deserves the title. She’s been an editor, manager, author, educator, and more, in both traditional and independent publishing contexts, dealing with both fiction and non-fiction. In this week’s newsletter, Jane mentioned the concept of a “bias for survival.”

She borrowed the phrase from a tweet by Ben Orenstein who was cautioning new and aspiring pod-casters to manage to one priority: Make it through the first year. Apparently the overwhelming majority of pod-casters don’t, so his advice was to set up everything with sustainability in mind. Not market share, not monetizing content, not reach, not audience growth. Forget the metrics and spreadsheets, forget the immutable truths and eternal verities. Focus on what you need to do to sustain what you’ve started.

If you can’t stand to deal with Facebook’s ad interface, let it slide. If you have no idea how to use Canva for graphics, don’t drain your battery trying to learn now. 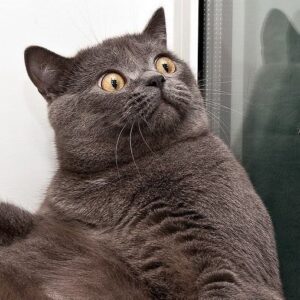 Madness. Fortunately, I was still working the lawyer job full time, and I’d also spent about twenty years single-parenting. At some point, I figured out that what I had to do was write more books. That mattered. The rest might or might not help sell the books, but that ship doesn’t leave port until I load it up with books. And fortunately for me, the writing is the part I enjoy the most, and because I love it, I can keep at it. Lucky me! 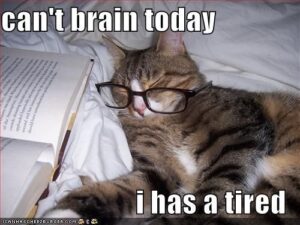 I went through the same kind of epiphany when I was working full time and going to law school five nights a week. Half-way through the first semester, I realized that the key to survival–not top grades, not brilliant law review articles, but survival–was getting enough sleep. Before I worried about briefing every case, finding a study group, or reading the whole bibliography, I focused on getting enough sleep.

I lasted the distance, and could support my daughter fairly well as a result, but my critical strategy wasn’t anything I’d found in First Year Law Student Tips and Tricks lists. Those resources tend to be focused on success, but for me, it’s often wiser to focus on sustainability. If this task is important to me, how can I make sure I’m still doing it well and happily a year from now? Five years from now? 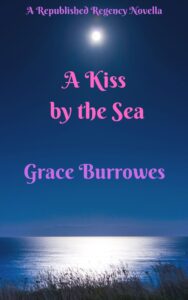 Not brilliantly, maybe, but well and happily?

Where have you chosen a bias for survival and sustainability rather than the road to world domination? Is there any advice you wish you had heard earlier in life?Any you’ve heard lately that seems to resonate?

No giveaway this week, but I have put my novella, A Kiss by the Sea, on free download in the web store. This story originally appeared in the Bluestocking Belles anthology, Storm and Shelter, so if you bought that collection, you already have this tale.

12 comments on “If At First You Don’t Succeed”