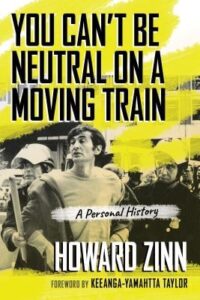 “To be hopeful in bad times is not just foolishly romantic. It is based on the fact that human history is a history not only of cruelty, but also of compassion, sacrifice, courage, kindness. What we choose to emphasize in this complex history will determine our lives… And if we do act, in however small a way, we don’t have to wait for some grand utopian future… To live now as we think human beings should live, in defiance of all that is bad around us, is itself a marvelous victory.”

As a child welfare attorney, I had to learn to find my balance by some means other than cases won or lost. I would advocate zealously for a child to be re-united with a parent, because that was what the child wanted, and the parent had made enormous efforts to address whatever the family’s problems were.

And against all odds the judge would (sometimes) agree with me! The Department of Social Services, the other parent, the meddling relatives were all defeated by my superior lawyering (so I hoped)… and home that child did go, only to witness a murder thirty days later when their custodial parent got involved in a drug deal gone sour.

I got knocked on my emotional backside regularly (as did everybody in the child welfare system, especially the children). Because I never knew when I was winning or losing, I had to find meaning in being as constructive, compassionate, and competent as I could. If my client felt listened to, believed in, supported, and understood, that was a win, and maybe as much benefit to the client as any legal service I could have provided. 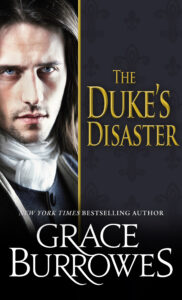 Writing commercial fiction has an element of the same challenge. If I make it all about the sales figures… some of the books I am most proud of are losers, and some of the books I just kinda tossed over the transom on a lark (looking at you, Noah and Thea), have become consistent reader favorites. The object of the exercise is not to top all the charts, but rather: Are my readers for the most part happy with the work? Am I proud to have my name on it?

Similarly, in light of current events I have resigned myself to the fact that I will not be appointed to the federal judiciary or elected Chief Poobah in Charge of Fixing Everything, but neither am I powerless or without courage. I ask myself: How can the kind of courage I have now be put to constructive use?

I can be a decent human being, I can vote, I can help the food bank and my local library makes ends meet. 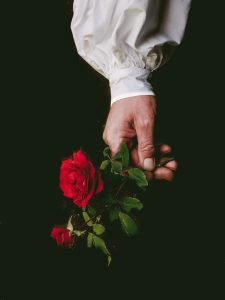 I can also get off my Warp Nine Introverted Duff and help other writers polish their craft and expand their tool kits. My lazy, overwhelmed, scared self would rather sit at home playing cribbage and spider, (and I do play a lot of cribbage and spider), but I also still have contributions to make and candles to light. To that end, when I was recently asked to present at writers’ conference scheduled for Spring 2023, I said yes, because that’s something constructive I can do, a small step toward the light that I can take.

And it felt good, if a little wobbly, to say yes. In these daunting times, what candles are you especially good at lighting? Has anybody helped guard your flame recently?