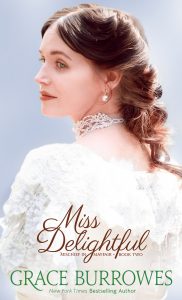 Michael Delancey is a character we’ve met in the Mischief in Mayfair series. Quiet, gentlemanly, already getting noticed in clerical circles, and sinfully attractive. This guy has Write Me a Book tattooed on his handsome… forearm, and yet, he’s stonewalling me.

I’ve tried writing prompts, journaling from his point of view, interviewing the characters who know him best, and putting him top of mind as I fall asleep and wake up. No joy–or no defining trauma, which is usually my way into a character. No howling character flaw, which can be another point of entry. No deathbed promises to Mama, no secret baby… yet. I’m stumped and the fact that the character is fighting me so hard just confirms my hunch that he’s keeping a good book under his hat.

But I’m not defeated. I know what I must do if I want to appease the goddess of book plotting. I must put my pride aside, go down on my knees, and START PULLING WEEDS. 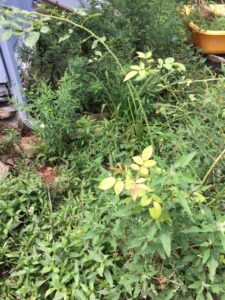 My neck of the woods has been enjoying terrific growing seasons in recent years. Rainfall nudged up from the previous norm along with temperatures, so what used to turn into a hot dry summer is now more like a tropical rain forest. Everything grows like mad, and because it has been so hot, I blinked on the weeding. Silly Grace.

The weeds are spectacular. I could weed whack ’em down, but that would obliterate the flowers lurking among all the lambs’ quarters, purslane, and jewel weed. So I yank and I pull and I mutter and I dig, and gradually, my flower beds emerge from the jungle. In a few weeks, everything but the dahlias will give up, but that’s not the point.

The point is that weeding by hand is exactly the sort of task that lets my mind wander. Weeding isn’t entirely an auto-pilot job, but it’s simple, repetitive, a little physical, and good for letting my imagination go walkabout. I tend to use a broom instead of a 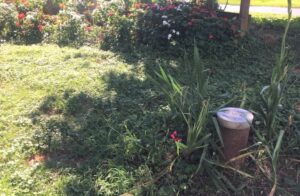 vacuum cleaner for the same reason. The slower pace of manual labor, the very lack of automation, frees mind from body and me from reality.

I hope the pandemic gave us a renewed appreciation for weeding-level jobs. I came across one blog post from a guy who gave up using his noisy hedge trimmers for clipping by hand. He realized how quiet the old clippers were, how precise, and how they cut rather than tear the plant, which makes them far kinder to the ecosystem. 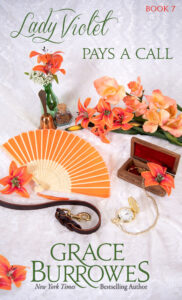 We got sick of our screens during the pandemic, could not go to the gym, and found pleasure in walking the neighborhood, baking our own bread, and crafting. I am hopeful that our investment in slower, lower-tech pastimes has paid off in more active imaginations, and more creativity–also much better quality bread than that eternal shelf life stuff we pick up at the store.

When you need to ponder a problem, do you turn to hobbies, pastimes, or play? Did the pandemic send you in any of those directions to a greater degree?

PS: For my mystery readers, Lady Violet Pays A Call, book seven in the series, will be available from the retail outlets on Tuesday, and is already on sale in the web store.

PPS: Michael is talking to me now. Muttered asides, but that’s a start.