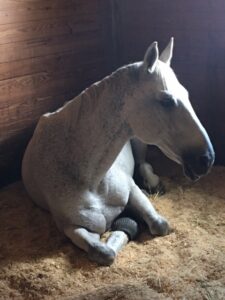 I’ve noted in other blog posts that some competencies I had prior to the pandemic have deserted me–interstate driving, indoor socializing, even a protracted in-person conversation takes more effort and focus than it used to.

I’m also not riding my horse with the same energy I did prior to  the pandemic. Like a lot of people with underlying auto-immune conditions (altogether now: Hashimoto’s stinks!), I am taking a long, long time to get over a mild brush with COVID. Ten months on, and I still have heave-y days when the pollen is thick or the temperatures spike. While I was never a particularly athletic rider, I did have a reasonable amount of strength and stamina.

That’s two boxes no longer checked, and yet, I’m still enjoying my time in the saddle. As I was coming in from a little trail ride this week, and Santa was giving the bull next door a serious looking over, it occurred to me that a year ago, I’d stopped trail riding. I schooled in the arena, period. Then I put myself on doxycycline for months to try to kick out Lyme Disease (seems to have worked, at least for now), with the resulting side effect that I became very sensitive to sunshine. Five minutes in the May sun and I’d burn. 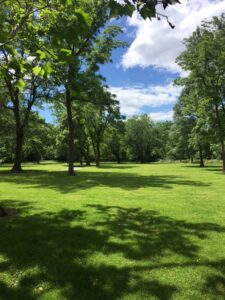 My schooling sessions became limited to the indoor arena, which I can tell you, thrilled our buddy Santa not one bit. I’d slid, slipped and slithered into a very circumscribed version of riding, each step back for understandable reasons, and each one yet smacking of defeat. In the middle of summer’s heat, I wasn’t going to make much progress on the strength or stamina challenges, but as the temperatures have finally dropped, Santa and I have done a fair amount of toddling over hill and dale.

We do this mostly on our own (cell phone at the ready, and having informed somebody of our itinerary), and the first time I aimed Santa down the driveway, it was mostly because I just did not have the energy to school movements. I wanted to be outside on my pony, and that was a wish I could grant myself. Instead of turning around at the foot of the driveway, we headed off around the paddocks. 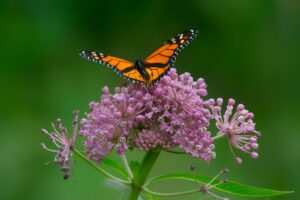 Last week, we joined a barn buddy on a lengthier excursion farther from home, spooked at the tractor in the next field, and saw two monarch butterflies. As I was coming in from that ride, I realized that I had called upon my courage, even if my physical strength and stamina weren’t much in evidence. To ride out, to go down a new trail, to brave the scary tractor moment, took some resolve on my part. 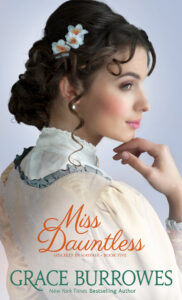 Over the summer, I’ve changed where I shop for food, (Wegman’s–family owned, treat their people well, environmentally aware; and the Co-op–expensive, but as green as we get around here). I’m hiring a landscaper to get after the shaggier parts of my yard, and I’m planning on hosting my sister over the holidays. (Big long list of chores between now and Christmas, but it is well past time, Simba.)

Instead of looking at all the boxes that got unchecked in recent years, I instead took a look at the places where I am showing renewed initiative and heart, and lo and behold, there are a few.

Where are you investing your courage these days? Three commenters go on the Miss Dauntless ARC list!

21 comments on “Grace and Courage”