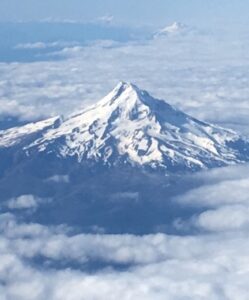 I recently traveled from Maryland to Portland, OR, to see my daughter. This was my first big trip (though not a long trip) since 2019. I was prepared for traveling skills to have atrophied–traveling skills too— but to my pleasant surprise, I did OK.

Packed enough but not too much, and brought the right stuff for Portland’s weather. I remembered all the necessary medications, power cords, and toiletries. Got through airport everything without setting off alarms or being paged to return to my vehicle. Had the right stuff–parking chit, rental car contract, driver’s license, hotel room key–at the right time, even though my computer died the morning of departure (and has subsequently self-revived… go fig).

So I’m pretty pleased with that aspect of the adventure. Even better, I got to see Beloved Offspring, meet her Sig O, meet her pony (she called him my grand-pony. I maintained a diplomatic silence), and had some Good Talks ‘Bout Family Stuff. Nobody knows me the way my daughter does. Nobody extant has lived with me as long as she has. I delight in her company. 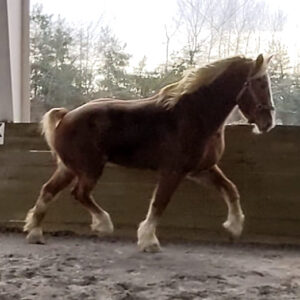 And–be still my thumpin’ tail–as an unlooked for joy, my younger brother just happened to be driving clear across Oregon to see the state-wide high school cross country meet, and we managed to connect for lunch. That was so special I could just about do nip-ups.

What wasn’t so special was the actual air travel. My reading light did not work (in business class, because all those old unused miles…). The guy next to me could not get his seat back to remain upright. The wi-fi on the plane coming home was “intermittent,” meaning worthless. The food was ridiculous. The plane had no seat-back screens. Everything was “download the app,” and I consider most apps to be commercial spyware, so nopity-nope. The PA system for the pilots broadcast mostly static.

Three years ago, I would probably have been annoyed, or filled out some survey with a lot of cranky comments (writers gonna write), or said something to the flight crew. Now? I am just so happy the planes are flying, so happy I could see my kid, so happy the hotel was open and the sheets were clean… My standards have come down and my joy has gone up. I tipped like a boss, thanked everybody at the airports, hotel, and restaurants, and still just want to hug the world because I got to see my daughter, and I’m home safe and sound. 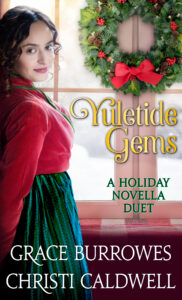 My joy has gone up , and so has my hope. Maybe I can pop out to Portland again next spring and stay for more than a couple days. Then too, it takes me no longer to fly to Scotland than it does to fly to Oregon…

I don’t like traveling in a plane that’s getting rickety in the details, but I’m no longer concerned with amenities when the main priority–safe travel–is attended to. I took for granted that I could always just hop in a plane and go see family, and I will never take that for granted again.

What aren’t you taking for granted these days? To one commenter, I’ll send a signed copy of Yuletide Gems!

25 comments on “The Friendlier Skies”