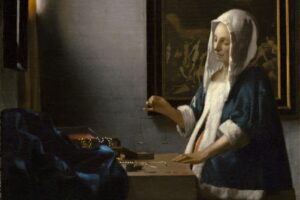 My sister’s visit over the holidays went well, for those who’ve been wondering. I picked Gail up at the airport (on time!), we spent a night at my house, and then we tooled down to DC to take in some museums. The highlight of the excursion was the Vermeer exhibit, which was small but interesting. (And he’s one of my faves, for the domesticity, elegance, and warm-heartedness of his images.)

The whole exercise of sprucing up the house in anticipation of company got me thinking about safe spaces, and what they’ve meant in my life. There haven’t been  many, which is odd, because I have rarely been at risk of physical harm. The courtroom, for all its procedure and pomp, is not a safe place. People lose their kids in courtrooms. They get wrongfully convicted, they get away with murder. 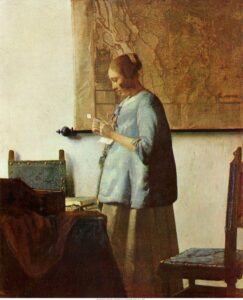 Churches have not been safe places for me. Let’s start with I’m female and I was raised Catholic, and leave it at that.

But I have known places that felt safe to me. One was the newsroom of my college newspaper. The ensemble cast was full of quirky characters, but the job of getting out a morning daily made for camaraderie and a focus on getting the job done rather than backbiting or grumbling. By contrast, the Fortune 100 offices I have worked in (several) were full of politics, senior managers breaking rules, and a culture that demanded employees lean in to a company that was leaning with avaricious glee into profit uber alles.

My house is a safe place. I can be myself here. I (mostly) control who’s allowed in (Blossom the Possum and I are in negotiations). I can do pretty much as I need to do in this space, but for me a truly safe place has an element of emotional refuge that goes beyond the pleasures of solitude. Robert Frost wrote, “Home is the place where, when you have to go there, they have to take you in… something you somehow haven’t to deserve.” A truly safe place for me encompasses an element of acceptance–I’m not only welcome, but I’m welcome to be myself. 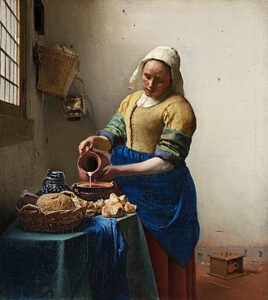 American culture, in my humble, does poorly at creating these places, for all our foghorning about individualism and community values. Maybe for some of us, the knitting club does the work of a safe place, or the horse barn, or the yoga class, but we lack “safe place” institutions. I think of the British local pub as such a place. For men, the hunting cabin or fishing trip might meet the definition. Libraries certainly have the potential.

My nephew, who teaches political science at a Swedish university, has a colleague who concluded that pub closures during COVID boosted political radicalization. If your pub really is a safe place, then people you don’t agree with are allowed to share it with you, and in that place, you treat each other civilly, even kindly, because them’s the house rules.

If you had to choose one place to interact compassionately and constructively with people whose beliefs diverge significantly from yours, where would that place be? I’ll add three commenters to my Miss Devoted ARC list!