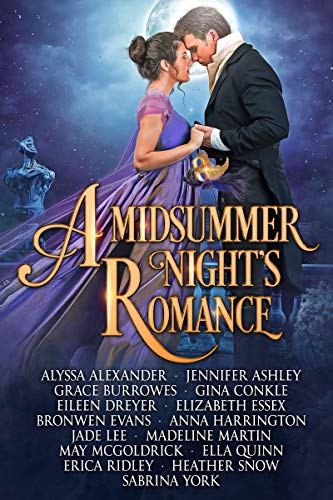 From Love Disguised by Grace Burrowes

“You there, boy! Fetch a guest a glass of punch. Fetch us a tray of glasses, in fact.” Lord Ellery Tilghmanton gestured to the toadies sharing his card table. “Fleecing the innocent is thirsty work, eh?” This observation provoked laughter from Tilghmanton’s cronies, who were in no wise innocent.

Rupert Silvester Halifax Dean, eighth Earl of Esterly, hadn’t been called boy since he’d left Eton for Oxford half a lifetime ago. He bowed from the waist of his six-foot-three-inch frame nonetheless and withdrew from the cardroom as any proper footman would have.

“Boy,” he muttered, returning to the gallery. “Boy. Step into the ring with me at Jackson’s, Tilghmanton, and I will show you some boyish enthusiasm you won’t soon forget.”

Rupert’s threat was lost under the noise of a hundred conversations coming from Lady Whitwell’s ballroom. Violins tuned up as well, suggesting the supper break would soon conclude, and thank God for that, for this damned masquerade needed to end.

“I don’t recognize your livery,” a matron in a toga and gilt mask said, planting herself directly in Rupert’s path. “It’s similarly to the Whitwell ensemble, and it fits you very well, young man.”

Even at a distance of four feet, Rupert could smell the spirits on her breath. “Thank you, ma’am. I’m on loan for the evening. If you’ll excuse me.”

She looked him up and down, her gaze putting Rupert in mind of the bidders at Tatt’s eyeing up a particularly promising stud colt.

“You could lend yourself to a citizen of Rome for the next fifteen minutes. Enjoy a nice little vale, shall we say?” She gave the word its Latin pronunciation, which would have translated to farewell.

And few footmen would comprehend her vulgar play on words. “Ma’am, please do excuse me. I must return to the kitchen.” Rupert strode off with unseemly haste for a peer of the realm, and resumed searching for his sister. The suggestion to attend Lady Whitwell’s masquerade costumed as a footman had been Lady Helen’s. A lark she’d said, a joke, the most original disguise a peer could adopt.

No one would ever guess, she’d claimed, and Rupert could enjoy a last outing in good company before surrendering his status as an unattached bachelor.

Rupert’s mind did not run to frivolous matters such as what costume to wear to a masquerade. He’d thus acceded to Helen’s choice, and had spent the past three hours regretting his decision. Despite the silk mask Helen had tied about his head, he had been taken for an actual, working footman since descending the ballroom’s stairs. Helen had put him livery nearly the same shade of mulberry that the Whitwell staff wore.

A joke, Helen had said. Ha. Ha. Rupert had given up trying to explain that because this gathering was—lest anybody forget—a masquerade he was attired as a footman but not a footman in truth. The better to look the part—and avoid a certain Roman matron with wandering hands—Rupert fell in behind another pair of footmen as they descended the steps to the house’s lower reaches.

In contrast to the air of happy diversion above stairs, the kitchen was in a state of controlled pandemonium. A large Frenchman cursed creatively in at least three languages while scullery maids, undercooks, footmen, and underbutlers scampered in all directions. The heat was ghastly, despite open windows, and by the hearth, a maid sat staring dazedly, a blood-stained linen cloth wrapped around her hand.

“Grab a dratted tray,” a smallish older woman barked at him. “You aren’t being paid to gawk, Thomas Footman.”

“Will she be all right?” Rupert asked, nodding at the maid by the hearth.

“She’ll lose her post if she can’t use that hand for a time. Happens at every one of these blasted balls. Too much hurry, too many people in the kitchen. Away with ye now. The Quality mustn’t go hungry or they’ll sack the lot of us.”

Rupert lifted a tray of sliced ham far heavier than it looked and joined the parade dashing up the steps to refill the buffet, though the Quality, from what he’d observed, was in no danger of going hungry—ever. When he reached his destination, somebody else shoved three empty trays at him, and there was nothing for it, but return to the kitchen, as any footman would.

He was honestly growing winded when, on the fourth trip back to the kitchen, he heard raised voices coming from behind a closed parlor door. A footman worth his meager salt would have gone about his assigned duties, but Rupert was new to his make-believe post, and had his hand on the door latch before common sense could stop him.

“Oh, sorry,” he said. “Beg pardon. I thought this was the door to the footmen’s stairs.”

The tableau was simple enough to decipher. The honorable Mr. Jeffrey Hampton was alone with a young housemaid. Hampton’s hand was wrapped around the lady’s wrist, and his posture was aggressive rather than amorous. 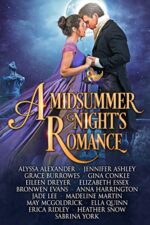 “Get out,” Hampton snarled. “Take your stupid self off, and don’t come back.”

Like hell. “Miss is needed in the kitchen, guv’nor. We’re run ragged, truly we are.”

Hampton turned loose of his prey. “I said sod off, or you won’t have a post.”

The maid rubbed her wrist and eyed the door. She was a pretty little thing—abundantly curved, dark hair peeking from beneath her lacy cap. She was small enough that a lout like Hampton could easily force himself upon her.

The ass. Rupert dropped any pretense of deference. “A gentleman does not trifle with the help, nor does he accost unwilling females.”

Hampton, predictably, marched up to him. “Who the hell are you, Thomas Footman, to tell a peer’s heir how to conduct himself, much less to say which bit of muslin is willing or unwilling?”

Rupert inclined his head toward the maid, who was by no means a bit of muslin. “Miss?”

“You ask who I am,” Rupert said. “I am the fellow who is about to teach you a bit of manners.” He clipped Hampton a nearly gentle uppercut and shoved him out the door. “Find some ice and the swelling won’t be noticeable in a few days.”

Rupert closed the door and twisted the lock. “Did he interfere with you?”

“You struck a peer’s heir.”

“A playful tap,” Rupert replied, feeling more congenial than he had all evening. “His uncle is an earl, an older fellow who recently married a lively young lady. Mr. Hampton’s prospects are taking a turn for the worse. Clearly, fate has judged him unworthy of a title for abundant and obvious reasons.”

Rupert nearly introduced himself, Rupert, Earl of Esterly, at your service, but caught himself before he could make that error. A maid might tarry with a footman, a fellow menial enduring a long, difficult evening. She’d be much less likely to spend time in private with a peer.

“Well, thank you,” she said, rubbing her wrist again. “He wasn’t about to take no for an answer.”

“I am sorry. He was ungentlemanly in the extreme.”

She sank onto the hearth, her smile wan. “I would have used my knee on his trinkets had you not come along. If I’d missed, he might have grown truly difficult. I should have known better than to have sought a little time off my feet.”

With a woman of his own station, Rupert would have asked permission to sit. The same courtesy seemed in order with this maid.

“Might I?” he asked, gesturing to the place beside her.

“Of course. The best advice I was ever given was to sit as much as I could on occasions such as this. I’m Mary, by the way.”

Rupert settled on the hearthstones, amazed at the pure pleasure of getting off his feet. He made a mental note to inquire about the seating in the servants’ hall at Esterly House.

“I’m Rupert.” How oddly companionable, to introduce himself so simply. He reached behind his head to take off his mask, but Helen had tied a snug and complicated knot.

“Let me do that,” Mary said, brushing his hands away. “How long do you think we can hide in here before we have to get back to work?” She freed him from the mask then brushed her fingers through his hair, smoothing it down.

Her touch was quite pleasant, quite pleasant indeed. “I have not had a moment to sit for the past three hours,” Rupert said. “If you’d bide with me for a time, I’d take it as a kindness.”

She passed him the scrap of black silk. “I would enjoy a quiet moment in congenial company too. Are you in service to Lord and Lady Whitwell?”

“Also on loan. Tell me about yourself.”

Had any woman, ever in the entirety of Rupert’s life, asked him that question? He wasn’t quite sure how to answer, so he crossed the room to the tray, retrieved two full glasses of champagne, and passed one to Mary.

Order your copy of A Midsummer Night’s Romance!

A Midsummer Night’s Romance is available in the following formats:

This title will not be available in print (too big!).