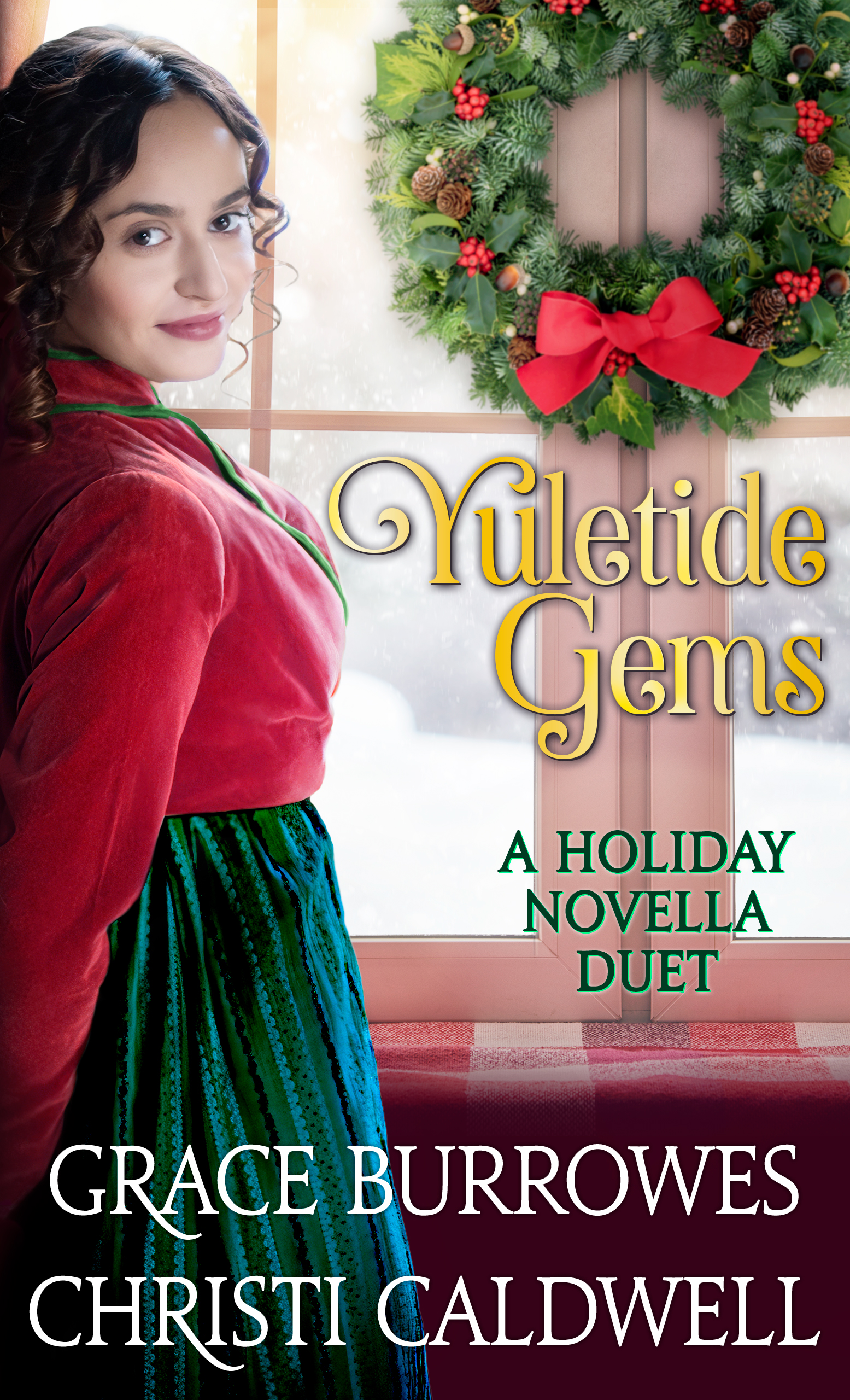 This item will be released and your card will be charged September 13, 2022.

Part of the Holiday Anthology series

Pre-orders must be purchased in a separate transaction aside from any other books. Adding a pre-order book to your cart will cause the cart to be emptied if it contains other items.

Two heartwarming holiday tales of true love set in a place where happily ever afters abound–the library, of course!

Worth More Than Rubies – by Grace Burrowes

All the Duke of Dunfallon wants this holiday season is a respite from the machinations of the matchmakers. When pursued by a particularly determined would-be duchess, he ducks into the West Bartholomew Street Lending Library. Librarian Emerald Armstrong sees a dapper gent in a bit of a hurry and mistakes Dunfallon for a curate overdue for his assignation with West Bart’s theological collection.

Dunfallon is intrigued by Emmie’s love of books, her disdain for society’s games, and her ferocious generosity of spirit toward all of the library’s patrons. She has no patience with posturing, and thus he takes the risk of admitting his true identity. To his surprise, Emmie doesn’t mind all that much that he’s a duke—some things cannot be helped—but she is far less willing to keep silent about Dunfallon’s other secret, the one he has been guarding from even his fellow peers.

If an honest woman is worth more than rubies, what will a duke sacrifice to earn her love?

Diamond in the Rough — by Christi Caldwell

Lady Diamond Carmichael, paragon of propriety, is horrified when she discovers her headstrong younger sister at the Royal Colonade Library reading books that would enrage their ducal father. Worse, this disaster-in-the-making has been abetted by a rude, low-born/outspoken/brash/blunt/cocksure… librarian named Mr. Abbadon Grimoire.
Abbadon clawed his way free of a life of poverty and crime thanks to the refuge he found at the Royal Colonade Library, and he’s determined to help other people find their escapes as well—in the pages of the library’s books. He issues Diamond a challenge: Spend a fortnight exploring the volumes on the library’s shelves; if after two weeks, she still wants to prevent her sister from visiting, he won’t interfere.

Abbadon soon realizes that beneath Diamond’s icy veneer beats the heart of a loyal, loving, and passionate woman, and Diamond comes to see that Abbadon’s devotion to books is a respect for truth and learning. A former guttersnipe and a duke’s daughter aren’t the stuff of matches made in Mayfair, but perhaps happily ever afters aren’t just for fairytales!