Once upon an earlier time, I took an interest in Family Systems Theory. How do families work and what happens when they don’t? How are families the same from culture to culture, how are they different? The topic is absorbing, and even if you started life in a basket surrounded by wolves on a hillside, you have issues about family (or the lack thereof). 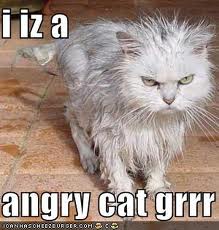 In the middle of this preoccupation, I also took an interest in the emotion of anger, partly for its universality. In every culture, there are expressions of anger, some subtle, some violent, some humorous and everything in between. Then too, anger is a handy tool. It connects us and distances us at the same time. The object of your anger, be it a person, ideology, trauma, or parking ticket, exerts great sway over you, even as you wrap yourself up in the righteous conviction that you would NEVER pass a law that lame, act like such a jerk, or otherwise resemble the object of your ire in any way whatsoever.

Some people excel at using anger as fuel. They steam around on the strength of resentments, old wounds, and seething fantasies of revenge and power. Take their anger away and their identities would collapse—countries can function this way too, of course. If you don’t know what you stand for, you can generally avoid the hard, scary work of figuring it your identity by making a loud, messy business out what you’re know you’re against. 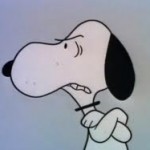 Personally, I’m not on keen on carrying around a lot of anger, though I understand it’s a useful emotion if properly dealt with. When I feel it getting a grip on me, I try to find some micro ritual for getting off the anger hamster wheel. A good book can figure prominently in that process, but so can cleaning off my desk, taking a load of novels to the women’s jail, talking to a good friend, or journaling.

As a writer, though, anger for my characters is good stuff—not because it leads to fight scenes. Oddly enough, as author and literary agent Donald Maass has pointed out, fight scenes (like intimate scenes) can be down right skip-able, particularly if they’re all action and no empathy. (For that and other brilliant writing insights, check out his “Writing the Breakout Novel” series.)

What I like about anger as an author, and have come to respect about it as a human, is that it generally disguises some more complicated emotion. The villain is angry at the hero, but if that villain is going to pull his share of the dramatic load, then as an author you’ll reveal that hurt, loss, powerlessness, and family honor (and perhaps a hint of egomania) are all fueling the Bad Guy’s dastardly plot.

Generally, if a character is acting, speaking, or reflecting angrily, we’ll soon catch a glimpse of shame, fear, exhaustion, bewilderment, or a more humanizing emotion at work. If the Regency heroine is ready to wallop the hero’s cheek for challenging some drunken lout to a duel over her honor, behind her fuming about men’s crack-brained arrogance, you will soon sense that she’s scared not of the ensuing scandal, but of losing her beloved. 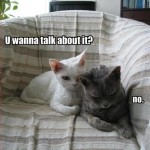 Anger for the novelist points the way to the emotional minefields that make books so interesting to write—and hopefully to read.

Was there a time though, when you read a character who was angry, angry, angry, and that character just didn’t work for you? If so, was it because the underlying emotion never quite saw the light of day, or was there another writing flaw at work?

6 comments on “Be Angry and Skim Not”