A frequent snippet of conversation with my daughter is her assurances to me that she will be self-sufficient soon, just another few semesters, another year or so, and she’ll be back on her own two feet. 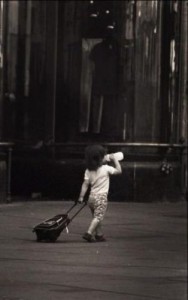 I’m getting exasperated with her narrow definition of self-sufficiency. She left home at seventeen, and at various times, has paid all of her own bills. Her ethics are impressive—this young lady does not deal in falsehoods, no matter how convenient.

Logistically, she’s a marvel. She grew up in our one-Mall county, but moved to Seattle when she was eighteen. When Seattle was no longer so congenial, she packed up her stuff and kitties, drove across the country by her lonesome, and returned to Maryland. She handled the move to Denver with the same dispatch.

She buzzed through an accelerated AA program in veterinary technician stuff—hematology, anatomy, pharmacology—that makes my head spin, and now she’s tackling international relations, or some such thing. 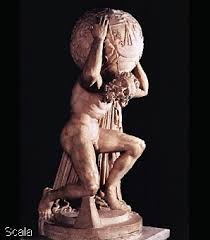 Morally, logistically, practically, managerially, she’s been self-sufficient for years. I contrast her situation to my parents, who have a tidy income, but can no longer drive, handle their own finances, or manage their weekly groceries. My parents are sad because even though they have no money troubles, they’ve lost the other forms of self-sufficiency. My daughter bludgeons herself, because even though she’s managing a busy life all on her own, she isn’t generating income.

What is this preoccupation we have with self-reliance, and is it over-rated? I can understand not wanting to be a burden, but are you a burden because what you have to give isn’t monetarily rewarded in our society? My daughter is acquiring an education, which she will use for the greater good. My parents are in their nineties, for cryin’ inna bucket, and deserve to simply be appreciated for having come this far in good style. 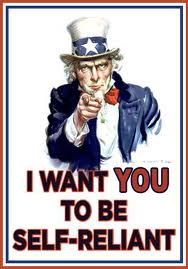 I raise this topic of self-reliance, because it’s an area I need to focus on. I like being in charge of me, but being the virtual Mountain Woman of Western Maryland is a dicey way to manage an entire life. Everybody’s battery goes dead some time, and when mine is losing its juice, I’d rather call a friend to give me a jump than walk six miles into town.

So the question for the week is… If you were going to ask for help with one aspect of your life, to lean a little on others to carry a small part of your burdens, what would you ask for help with? The electric bill? The house work? The monthly invoices?

Is there a way to have that help without feeling guilty about it?

To three commenters, I’ll send signed copies of Douglas: Lord of Honor, which hits the shelves Tuesday of this week.