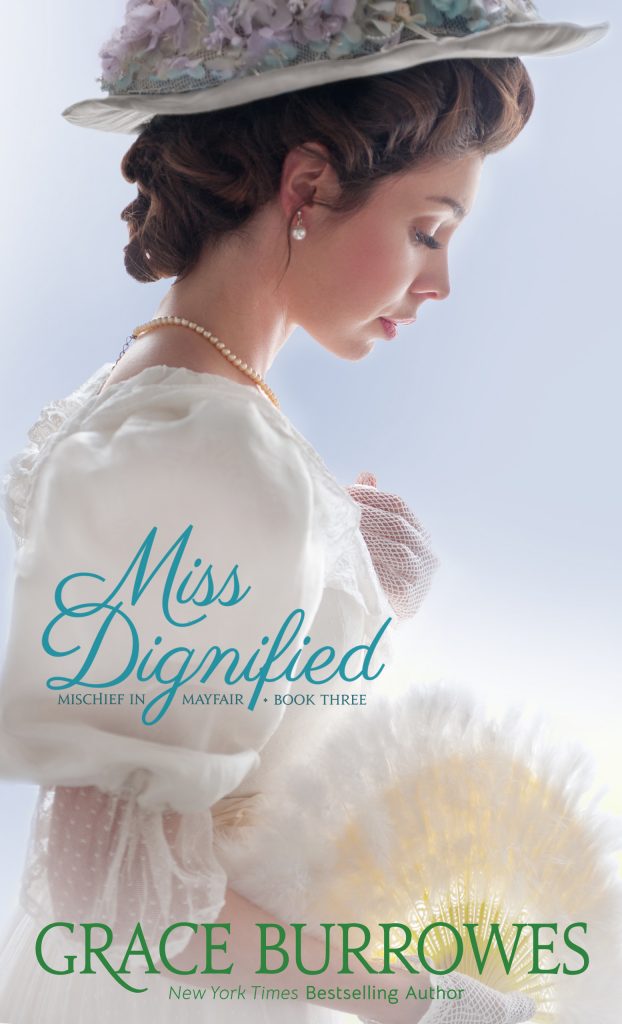 Book 3 in the Mischief in Mayfair series

Lydia Lovelace has taken the housekeeper’s post in the home of Captain Dylan Powell. The captain is short on charm, but he’s known for his rapport with, and support of, former soldiers trying to make a peacetime life in London. Unbeknownst to the captain, Lydia is searching for a brother who never came home after Waterloo, a brother whose birthright, along with Lydia’s settlements, is being frittered away by scheming family members.

Dylan has never viewed his home as much more than a place to take meals and sleep out of the wet while he tries to find paying work and good positions for his former subordinates. The new housekeeper is changing all of that, bringing comfort and tranquility to Dylan’s domicile and to his days. When Dylan and Lydia begin to explore pleasures shared in the night, Lydia realizes she will have to choose between loyalty to a long-lost brother, and a future with the very man who might have sent that brother into hiding.