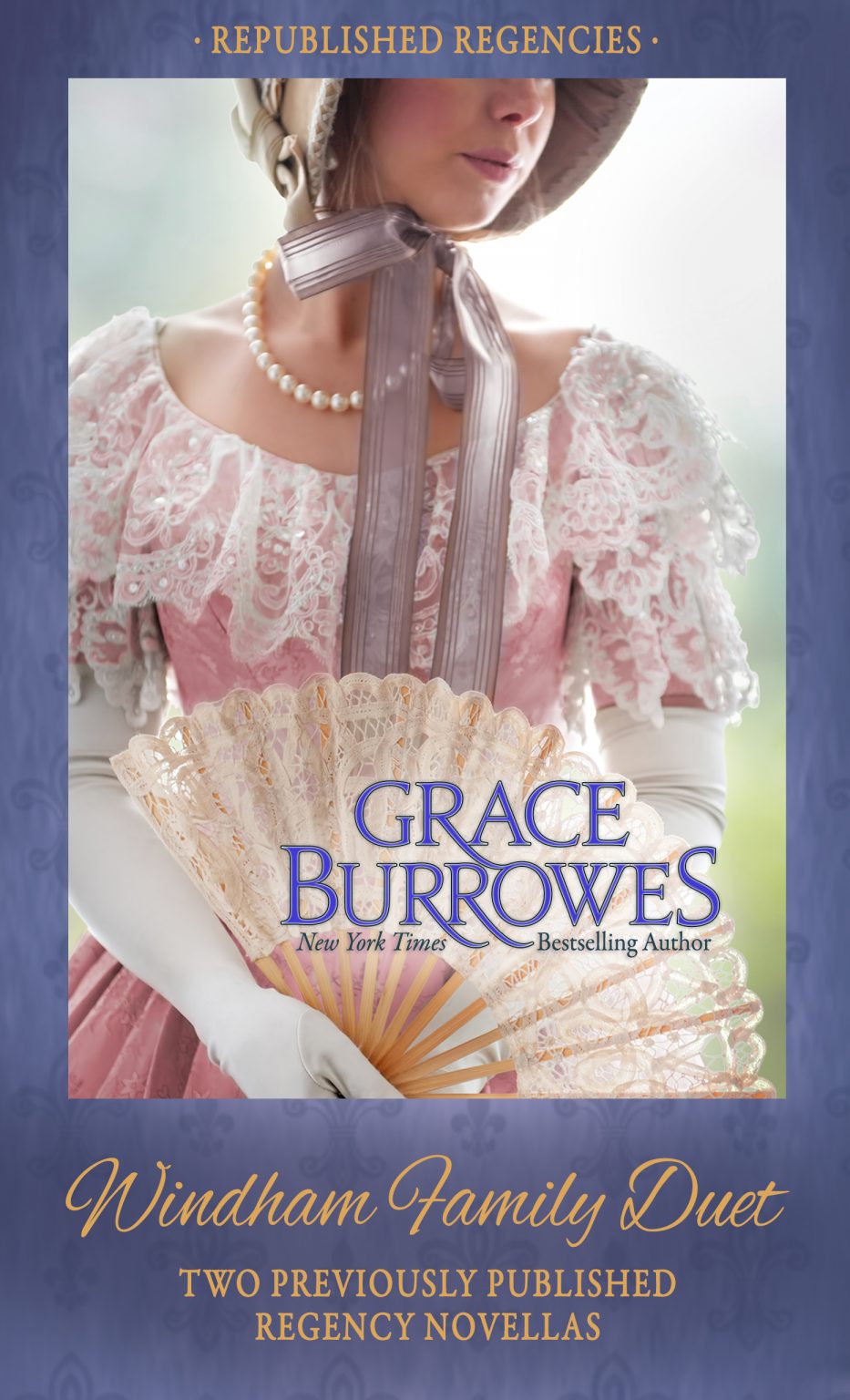 Morgan and Archer
Morgan James, sister-by-marriage to the Windham ducal heir, has spent several Seasons dutifully trooping with her in-laws to every ball and musicale in Mayfair. The glittering London society she never thought she’d be part of has begun to pale, while solitude and quiet have grown enormously attractive.

Morgan’s longing to withdraw from society is cut short when she crosses paths with  Archer Portmaine, a distant family connection who is is investigating a plot against the Crown. Archer must foil a dangerous scheme, and Morgan, with her quick wits and unusual ability to blend into any crowd, has the perfect skills to help him capture the villain–and to capture Archer’s heart!

Jonathan and Amy
Jonathan Dolan, a wealthy Irish quarry nabob, has done the unthinkable for an otherwise sensible widower and fallen in love with his daughter’s governess.  If he’s to win the heart of proper, pretty Miss Amy Ingraham, Jonathan must turn to his former brother-in-law, the Marquess of Deene, to help him woo the lady.  Despite Deene’s willingness to aid the course of true love, Jonathan must be clever, determined, and– above all else–honorable if he’s to win not only Amy’s hand, but also the respect of a society only too willing to judge him harshly.