Because I was married to a fellow who’d studied Greek, I crossed paths with the derivation of the word hysterectomy–meaning surgical removal of the womb, or ustere, as best I can phonetic-ize the Greek. I did not extrapolate from that knowledge to the conclusion that hysteria (hysterics, hysterical) derives from the same root, being originally considered a disorder of the womb.

This, of course, leads me to wonder how a highly upset man’s situation would be diagnosed, said man being in want of the eponymous organ. 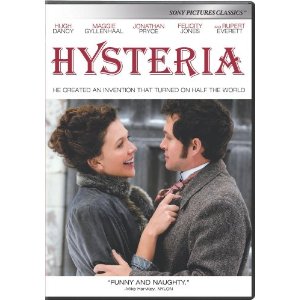