I haven’t made a study of it, but I suspect the word peregrinations pops up at least once in each of my books. The word most often means:

The action or an act of traveling or going from place to place; a course of travel; a journey, esp. on foot.

The first definition OED gives, though is:

This is not an everyday word, so why I am so fond of it? I pondered that question for a while until it occurred to me that as writers, we’re exhorted to show what’s going on with our characters, rather than tell. We’re not supposed fill the page with, “Westhaven was really, really angry. I’m tellin’ you, that guy was one cheesed off, peeved, son of a duke. Barkin’ mad…” We’re supposed to show that he’s angry by having a vein throb in his temple, having him speak very softy and precisely, smile through gritted teeth and so forth. 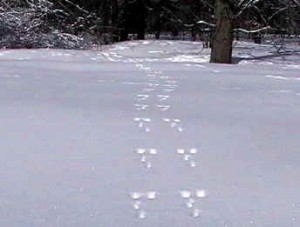 And we show in more subtle ways, too. A character who’s emotionally stuck may always been shown sitting in the same spot (Westhaven at his desk); a character who’s emotionally rootless will often wander around (St. Just wandering the halls at night as a storm approaches). And if the character is a protagonist in a romance, they are going to go on a journey, from a life lived through coping mechanisms and fear, to a life lived through courage and love.

This arc will require some peregrinations. The next time you spot the word in one of my books, look at the character’s emotional tracks. Is he or she wandering? Are they on a journey? Are they about to be knocked witless by the changes in their lives?

Then they’re likely to be sent on some peregrinations, though my characters’ journeys will always take them eventually to a happily ever after.