The 2012 Annual Conference for Romance Writers of America has just wrapped up, and I think it’s pretty much true a good time was had by all. This, to me, is remarkable.

Take 2000-plus, articulate, talented, determined women, put them essentially in competition with each other for very scarce publication resources, add some alcohol (some is a relative term), sleep deprivation, travel hassles, and awards-ceremony tension. Toss in the zipper that sticks just before a pitch session, the room key that won’t work, and the crises at home that MUST pop up when Mom or Wife goes AWOL for more than a day, and…

You get one of the nicest gatherings of any professional association I’ve ever attended. I put off attending any writers’ conference at all until I had nearly two dozen completed manuscripts. I dreaded giving up any of my precious unstructured time to a gathering I was certain would be a cross between Survivor and Sorority Carnivores From Outer Space.

I could not have been more wrong. Maybe I’ve spent too much time around litigating attorneys, maybe I don’t understand my own gender; more likely, romance writers are a culture unique on the planet. They believe in true love, they believe the big prize is a chance to live a life based on honor and integrity, they believe in an abundant universe despite any and all evidence to the contrary.

I was nominated for a RITA award this year, which went to the very talented and gracious Tessa Dare. She deserves it–she deserves several RITAs, come to that–but being nominated made me ponder what I’d say to my professional community if I had their attention for ninety seconds. 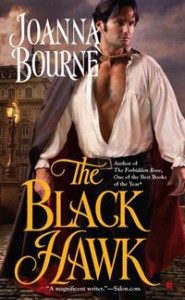 I’d say what every award winner said when it was her turn in the spotlight: Thank you. Thank you for being such a supportive, adult, generous, constructive group of people. Thank you for offering a sense of community, regardless of our differences. Thank you for writing all those wonderful books, because the world needs happily ever  afters and the people who believe in them.

OK. Now, over to you. You have the microphone, the spotlight’s on you. If you could tell your immediate community anything, if you could focus their attention in any direction, what would you say?

25 comments on “The Big Squee”