I have a lot of favorite books. As a kid, I loved the Uncle Wiggly series, mostly because my dad read it to us at bedtime, and seemed to enjoy the Skillery-skallery Alligator more even than my brothers did. Dad also referred to my mom, a registered nurse, as Nurse Jane Fuzzy-Wuzzy, which probably endeared the series to us further. 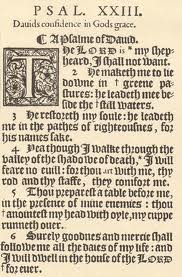 I adore certain passages of the Bible as translated in the King James version. Regardless of any theological inclinations, this is gorgeous, vintage English employed in the expression of some beautiful sentiments.

In first grade, I read about Dick, Jane and Sally (though I always wanted more stories for Spot and Puff), and was soon reading every horse story the school library contained. I quickly moved on to anything Hardy Boys, some Bobsey Twins, and a smattering of biographies.

Then, in third grade, we had a story hour one day over in Mrs. Sofranko’s room, and that is when I learned the meaning a “favorite” book. Mrs. Delores Sofranko was cool. She’d done a Peace Corps year in Nigeria, she was pretty, and she had a smile that said every child she ever met was a wonder to her. The lady could teach. 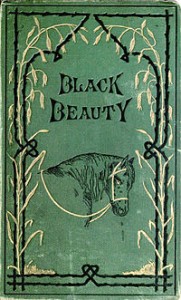 The book she chose to read to us that day was simple, not even a chapter book, though her audience had reached the venerable and smug age of eight. I mean, this was a children’s book, but I gobbled up every word of, “The Dot and the Line.”

A tall, dark, relentlessly straight Line, falls in love with a carefree, happy-go-lucky Dot. She thinks he’s serious, dull and not worth a second look—the mad Squiggle is ever so much more fun— until the Line realizes he can… bend. With some effort and imagination, the line bends to form an angle, and then he contorts himself into increasingly fascinating geometric shapes. As the book progresses, so does the romance, until at the end, the Dot and the Line realize they can live happily ever after.

Put them together as illustrator and author Norton Juster did at the end of the tale, and you get an exclamation point! In the movie version (there was one), the tagline is: To the vector go the spoils.

The subtitle for the book is, “A Romance in Lower Mathematics.” I loved it. When we were given an art assignment to draw a scene from the book, I drew the Dot and the Line eating popcorn on a park bench. They didn’t quite sit next to each other, so we know the scene was from the first half of the book—right?

I loved the cleverness of the book, the utter impossibility of two such different characters finding a way to be together. I loved that the Dot had to realize that the Squiggle was silly and disorganized, while the Line had find the courage for self-expression and creativity. These characters had arcs, they had to risk changing their self-concepts, and they found their Happily Ever After.

When Jo Bourne won her RITA for the Best Historical Romance of 2011, she used her moment at the microphone to thank her teachers. I didn’t start writing romances until I was in my late forties, but my enthusiasm for the genre traces back to that day 45 years ago, when I heard an inspired teacher read a simple book, “The Dot and the Line.”

What’s the first book that stuck with you? Any idea what made it so memorable? To one commenter, I’ll send a Toby Stephens version of the “Jane Eyre” DVD.

21 comments on “My Favorite Line”