Among child welfare professionals, there’s a saying, “Neglect is harder to treat than abuse.” I’ve found those words as true as they are sad. When maltreatment takes the form of something bad that happens to a kid, we can tell that child, “This is wrong, it should NOT have happened. You were betrayed…” 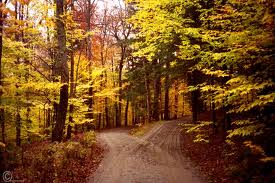 But when the child was left home alone for too long, never made to feel safe, never provided regular meals, the result is… a mess. These kids are not sure what a grown up is for, because they have no frame of reference that says adults provide supervision and safety. Often, a badly neglected child can’t tell you she’s tired–she might be exhausted, but she’s never learned to hear or monitor the internal signals that say, “My body needs rest.”

In the same sense, such a kid might not be able to register “I’m hungry,” or even, “I’m full.” They’ll eat whatever’s on hand, and not stop until they’ve made themselves sick.

The good news is that most children can learn to listen to their body’s signals, to heed signs of fatigue, hunger, and satiety. They can gradually accept authority, provided that authority also provides safety, reasonable routine, and age-appropriate information. Better still, they can build on those skills to learn to accurately label the emotions they’re feeling, which is a skill many of us fail to master even as adults. 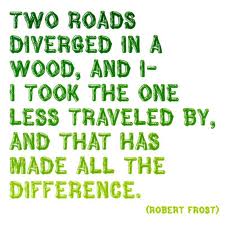 I usually think of myself as having little in common with child welfare clients–my childhood would be the envy of many–but I recall clearly when a friend said to me, “Nobody explained much to you as a kid, did they?” She asked me this, because I’m very much a doubting Thomasina. I will not take you word for much, unless I’ve established that I can trust you, and that you’re competent, knowledgeable and have good intentions toward me. I figure stuff out for myself, thank you very much.

And my friend was right. I am the sixth out of seven children, and neither of my parents had time to explain to me why the alphabet has 26 letters, why some are vowels and some consonants. Why do we call it small talk? Just exactly how does one tie a shoe?

Like those foster kids, I had no clue there were parents who regarded it as part of their job to ‘splain things. Never occurred to me such parents might exist, and that’s not entirely bad. I have learned much because I don’t take other people’s knowledge at face value.

But it’s not entirely good, either. Explaining life to a child is part of a parent’s job description, and unless I twigged to the deficit in my own upbringing, I was at risk for perpetuating the deficit in my daughter. I’m glad my friend was perceptive about my upbringing. 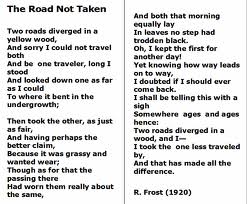 These gaps in our interpersonal vocabulary are hard to spot, but once you realize you’re on the receiving end of a cause-and-effect that wasn’t ideal (like my parents being too busy to explain things), repairing the damage is a form of coming home. I use this dynamic in my books a lot–the hero is often the first person to put together for the heroine why she functions (over functions) or hurts or is afraid in a particular way. She does the same for him, and more important, each does it for the other in a way that can be heard.

“Why” you are the way you are can lead to coming home to yourself. Who helped you find a path home?

I won’t be able to respond much to comments until later today, but I will respond–promise. To one commenter, I’ll send a signed ARC of Lady’s Jenny’s Christmas Portrait. (Already!)

35 comments on “Two Roads Diverged In a Yellow Wood…”