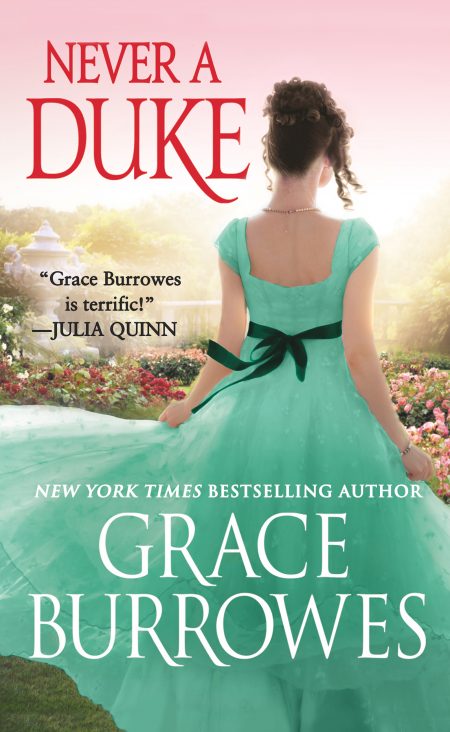 Book 7 in the Rogues to Riches series

Despite having humble origins and a criminal past, Ned Wentworth has learned to dress, waltz, and express himself as elegantly as any lordling. When Lady Rosalind Kinwood’s maid goes missing, her ladyship turns to Ned, precisely because he still has friends in low places and skills no titled dandy would ever acquire, much less admit he possesses.

Rosalind is too opinionated and too intelligent, and has frequently suffered judgment at polite society’s hands. In the quietly observant Ned Wentworth, she finds a man who actually listens to her and who respects her for her outspokenness. As the search for the missing maids grow more perilous, Rosalind and Ned will have to risk everything—including their hearts—if they are to share the happily ever after that Mayfair’s matchmakers have begrudged them both.

Ned Wentworth, de facto manager of His Grace of Walden’s banks, has been summoned from his duties by a note from an anonymous lady claiming to need his aid and offering to compensate him for his efforts…

What could a well born lady have that would make troubling on her behalf worth Ned’s while? He gathered up the dog’s leash, bowed a farewell to Lord Stephen, and strode off for the park.

The scene along Serpentine put Ned in mind of Burns’s admonition about the best laid plans, for on the third bench along the water’s edge sat none other than Lady Rosalind Kinwood in all her prim, tidy glory.

She was the farthest thing from a damsel, and a stranger to distress unless she was instigating it. Her devotion to various causes was both articulate and unwavering. Her ladyship of course occupied the one bench in all of London she should not occupy at the one hour when Ned needed her to be elsewhere.

He bowed and touched a finger to his hat brim. “My lady, good day. Might I join you for a moment? The water makes a lovely prospect and the dog could use the respite.”

She twitched her skirts aside. “We haven’t much time. I sent my companion off to purchase corn for the water fowl, and she’ll be back any minute.”

Doom yawned before Ned, the same sensation that had enveloped him when as a boy, he’d been grabbed by the collar after a bungled attempt at snatching a purse. One blunder, and he’d been tossed into Newgate, his life over, his prospects forever ruined.

Lady Rosalind wasn’t nearly so dire a fate, but not for lack of trying. She was the scourge of fortune hunters, the worst nightmare of climbing cits, the subject of witty pub songs, and the despair of the matchmakers.

Ned unfastened Hercules’s leash, and let the dog go nosing off along the bank. “You sent me that note?”

“Don’t you dare sit,” she snapped. “Your presumption will be noted by every busybody in the Home Counties and the gossips will have us engaged before Monday.”

Clearly, an awful fate as far as her ladyship was concerned, and Ned agreed with her. “I heeded your plea for help out of an abundance of gentlemanly concern. Say your piece and nobody need fear Monday’s arrival.”

She huffed out a sigh, and because Ned was studying the curve of her resolute jaw, he noticed what half the bachelors in London had noticed late at night after a few philosophy-inducing brandies:  Lady Rosalind, for all her tart tongue and waspish opinions, was well formed, and her features would not have been out place on a Renaissance tapestry. Features like that could entice otherwise wary unicorns to have a closer look.

The Almighty was nothing, if not perverse in His generosity.

She watched the dog, who snuffled about the reeds near the water’s edge. “My lady’s maid has gone missing.”

“So you summoned a banker? Did she go missing in a Wentworth establishment?”

“Elopements?” Ned replied. “New posts? A return to village life and the adoring swain who pined away in silence when his beloved left him for the blandishments of the capital?”

Lady Rosalind rose. “You trivialize a tragedy. I thought you would understand. Arbuckle is a village girl, but she’s been in London long enough to know its dangers. She needed her wages, and believe me, the post paid well.”

And she had the effrontery to leave your employ without notice? But no, Ned could not say that. He might never be a gentleman in the eyes of Mayfair society, much less a duke, but he could be civil to an obviously upset woman.

“What exactly is it that you expect me to do?”

Lady Rosalind gave him a brooding perusal. She was neither tall nor short, but she carried her ire before her like regimental colors. Her temper directed itself to bumbling younger sons, drunken baronets, the monarch’s extravagances, and countless other targets. In the main, Ned agreed with her exasperation, as most of her peers doubtless did.

But a young lady did not remark on such matters until she was safely married and presiding over her nursery, and then she mentioned them to only her closest friends and in strictest confidence. 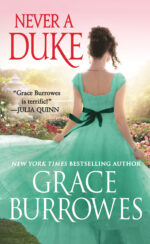 “I had hoped you could find her,” Lady Rosalind said. “I cannot. I have tried, but the grooms and crossing sweepers won’t talk to me, my brothers won’t listen to me, my father is threatening to send me to take the waters with Aunt Ida. Arbuckle has nobody else to worry for her, and she could be in very great danger.”

Ned whistled for the dog, who trotted to his side like the well-trained beast he was. “And you believe the crossing sweepers and such will talk to me?” He’d been managing the Wentworth banks since finishing that purgatory known as university studies. He had some wealth of his own; he spoke French, German, and Mayfair passably well, and he was accounted a competent dancer.

But Lady Rosalind had sought him out because his native language was Cockney and his home county was the stews. Still. Society never flung his origins in his face, but they never flung their marriageable daughters at him either.

“Arbuckle is pretty,” Lady Rosalind said, gaze fixed on the mirror-calm surface of the Serpentine. “She has lovely features and a quick mind. She’s sweet and quiet, not like me, and that means she’s at greater risk of harm.”

Ned sensed in Lady Rosalind’s words an admission of sorts, an insight into the woman whom most of society invited to their gatherings out of unwillingness to offend her titled father.

The calm façade wavered, as Hercules panted gently at Ned’s side. For an instant Lady Rosalind looked not affronted, not impatient, not any of her usual repertoire of prickly expressions, but desperate.

Ned knew desperation well and hated it in all of its guises. That Lady Rosalind, termagant at large and spinster without compare, was in the grip of desperation affronted him.

“Thank you.” Two words, though like all of Lady Rosalind’s other pronouncements, Ned believed she meant them. “There is more to the situation than I can convey at the moment, and I am so worried.”

“I apprehend that your companion approaches.” At a good clip, just shy of a trot. “I will shop tomorrow at Hatchards among the biographies at ten of the clock. Prepare to recount for me all you know of the situation.”

He snapped the leash back onto Hercules’s collar.

“Thank you, Mr. Wentworth. Thank you so very much.”

Ned tipped his hat and sauntered on his way, though some dim back corner of his heart put those words of thanks in a special hiding place, where they would be well guarded and much treasured.

Order your copy of Never a Duke!

Never a Duke is available in the following formats: 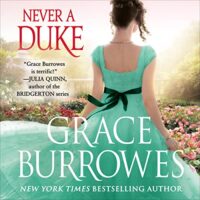 Never a Duke is Book 7 in the Rogues to Riches series. The full series reading order is as follows: