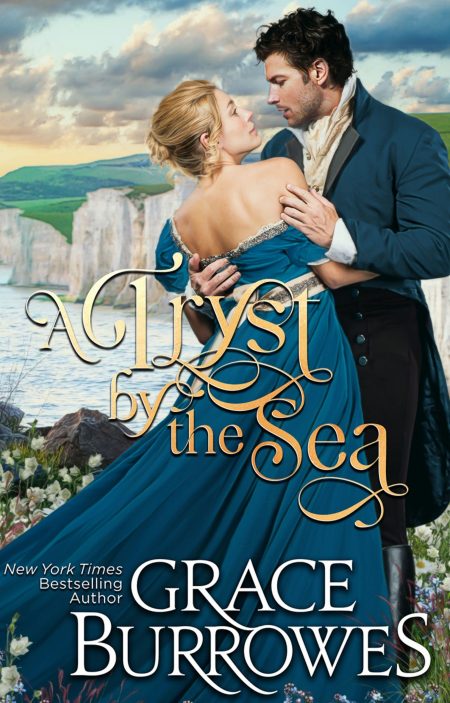 A Tryst by the Sea

Vergilius, Viscount Summerton, has watched his wife of ten years grow more and more distant, and he’s determined that this year the marriage will start moving in a better direction. Penelope, Lady Summerton, is also determined that this year will be different. She slips off to a seaside cottage, intending that to be her first step toward a new life free of marital difficulties. Gill ends up at the same seaside inn, where he hopes to plot a wooing no wife can resist.

A Tryst by the Sea:

Vergilius George Santander Zeus Summers, Viscount Summerton, rose at dawn two weeks before the hated date. He dressed with his usual care—and without the aid of a valet—and made his way to the breakfast parlor.

He’d observed the same ritual every morning for most of the past nine years, and when spring perennially trudged into view, he told himself, this year will be different. Earlier in the marriage, his litany had been: Today will be different.

By the third year of wedded torment, he’d taken to assuring himself next month will be different. In the subsequent years as husband to his viscountess, Gill had learned patience, self-restraint, steadfastness, and a half dozen other manly virtues—belatedly, he admitted—but he had not yet learned to stop hoping.

He strode into the breakfast parlor, doing his best to exude purpose and confidence, and there sat her ladyship at the far end of the stable, exuding gracious indifference to her spouse.

Gill’s viscountess, his wife, and hostess, presided over her end of the table looking as serene and lovely as any Greek goddess. Penelope had been a pretty girl, a diamond, an incomparable, et cetera and so forth. She had matured from pretty to alluring in the ten bewildering years of their marriage.

An irony that. When he’d agreed to court her, he’d thought her an uncomplicated young lady, easy to look upon and easy to like, though in need of some self-confidence. She barely glanced at him now.

On the three occasions when Gill had made courting calls on his then-fiancée—meaning he’d sat in the garden with Penelope while an army of aunties had chaperoned from the nearby terrace—she’d worn her hair in fussy concoction of ringlets and braids. He’d spent most of his brief visits wondering how her hair stayed up.

Such were the intellectual depths he’d plumbed in early manhood.

As his wife, Penelope had gradually put aside the fancy styles and the fancy gowns. The result was feminine perfection planed down to the essentials. A neat, golden chignon; blue eyes full of intelligence rather than uncertainty; and a way of moving that was so quietly graceful, Gill was riveted simply watching his wife cross a room.

She no longer tittered or giggled. She smiled graciously, and impecunious bachelors started composing bad poetry.

She no longer fretted over seating arrangements. She issued her invitations, and they were invariably accepted. She no longer issued Gill invitations to her bedroom, though he knew he could present himself there at any point and receive a civil if puzzled welcome.

Penelope also no longer cried, as far as Gill knew, and neither did he.

He bowed over her proffered hand. “Good day to you, my lady. Might I have the business pages?”

She passed him the requisite section of the newspaper, which Gill tucked under his arm.

No footman stood sentry duty by the buffet. Penelope had issued that decree three years ago, and Gill had been relieved to no longer have a witness to the morning drill. He helped himself to eggs and bacon—a rack of toast already waited at the head of the table—and took his seat eight feet and three universes of marital distance from his wife.

“Any news worth repeating?” he asked, which was his way of inviting conversation on Saturdays. Friday’s question had to do with what Penelope’s friends might be getting up to. Monday’s question dealt with upcoming social events at which Penelope would need Gill to appear.

She had escorts, flirts, and gallants by the dozen, a state of affairs toward which Gill had learned to manufacture benevolent indifference. Penelope would never play him false, of that he was certain. They had neither heir nor spare in their nursery—nor, at the present rate, would they ever—and thus the viscountess’s behavior remained above reproach.

In the past several years, Gill’s behavior had become rather monkish as well. He was plagued with desire, of course. What man in his prime was immune to animal spirits? But that desire had focused on one, unattainable objective, and professional substitutes, no matter how skilled, would simply make the whole situation more complicated.

Which ought not to have been possible.

Penelope resumed studying her newspaper. She had the ability to memorize the contents of the society pages in five minutes, so Gill flattered himself that she used the paper as an excuse to linger over her morning tea. 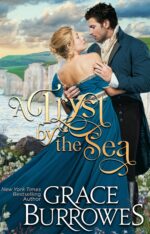 Hopes springs eternal, and all that.

“Town is filling up,” she said. “A bit early this year, perhaps because of the mild weather. Did the kitchen give you enough butter?”

That was, as best Gill had established the pattern, her Thursday question to him, though today was Saturday.

“Quite enough, thank you. What do we hear from my dear mama? Will she be gracing us with her presence soon?” An exploratory volley, because Gill was growing not desperate, but rather, determined.

Penelope took a sip of tea while perusing the Times. “I suspect she will, and thus I thought I’d fortify myself with a week or so at Summerton Hall before the whirlwind commences. Lady Stanthorpe is lending me her carriage so the traveling coach can remain with you here in Town.”

What the bloody hell? Gill buttered his toast with every appearance of calm. “Shall I escort you to the Hall?”

“No need to trouble yourself. I should be back in Town in a fortnight or so.”

“We have no social engagements to tend to in the next two weeks?”

The hated date lay two weeks hence, and as troubled as their marriage was, as empty and hollow as it had become, they had at least faced that date together.

Penelope turned a page. “I thought a respite in order before the Season officially arrives. Do you mind, my lord?”

Yes, Gill minded. He minded anything that suggested Penelope had taken yet another step away from their marriage and away from him. He minded that she hadn’t told him sooner of her plans, he minded that today was different and not in a good way at all.

“Do I mind? Of course not. I might follow your example and have a look in on Thomas and Cymbeline at Lychmont.” To see an empty seat at the other end of the breakfast table, to rattle around this house alone as the date approached and Mama descended…

Not to be borne.

Penelope took another sip of her tea. “Please do give Bella and Tommie my regards. Lychmont is so pretty in spring.”

You are pretty. Now, nine years after that compliment might have done some good, Gill could not push the words out. Penelope would smile, nod, and return to her newspaper.

Gill consumed his breakfast when he wanted to rail at his wife: Why leave Town now? Why abandon him without warning? Why leave him to face dear Mama without reinforcements at this most dreaded time of year?

“When do you leave?” he asked, when Penelope had set aside her newspaper.

“This morning. I can tarry for a day or two in Town if you’d rather, but I’ve cleared our calendar and given some of the staff holidays.”

“Don’t let me keep you from your plans.” Gill rose, needing to leave the breakfast parlor with her. He would not be that pathetic joke, the husband all alone with his newspaper, crumbs on his cravat, a smear of jam on his chin.

Penelope remained seated when he would have held her chair. “You will be at Lychmont?”

“Tommie and I can enjoy the country without Bella’s supervision. She will doubtless be up to Town like a shot once Mama arrives.” Though the last place Gill wanted to spend the next two weeks was at Lychmont, with not less than three nieces and four nephews, to say nothing of Tommie’s dear but prattling company. For a younger brother, he could be positively pontifical on an astonishing variety of topics.

“Then I will wish you a pleasant visit with family,” Penelope said, “and see you upon my return.” She rose, and because Gill held her chair, he was afforded one blessed, wretched moment of closeness to his wife. He stepped away before Penelope could catch him closing his eyes and inhaling her honeysuckle scent.

She glided toward the door, and Gill had to put his hands behind his back to stop himself from reaching for her.

He hadn’t used her nickname in years, and it was enough to have her pausing and bracing a hand on the door jamb, though she did not face him.

“I’ll miss you too, my lord. My love to our nieces and nephews.”

“Of course.” Gill had no doubt she did love those children. “Safe journey.”

“And to you.” She left him in the parlor, and he sank into her chair.

What the deuce was this all about? Except he knew what the deuce. The awful anniversary approached, and this year, Penelope would fortify herself with a few days at Summerton before braving a return to Town, and to him.

“I am not subjecting myself to Lychmont.” His ears, if not his heart, could not take that abuse at this time of year.

But he needed to go somewhere. Somewhere that would aid him to plan the repair of his marriage, that would rekindle the useful parts of the old Gill, a fellow of overweening confidence and no little daring.

“Siren’s Retreat.” The first place—nearly the only place—he and Penelope had been deliriously happy as husband and wife. The seaside inn should be deserted this early in the year. He could be there by nightfall if he didn’t dither around doubting himself.

The Summers family motto was audax et fortis. Bold and brave. For too long Gill had been patient and bewildered. A week or so of contemplation and rest by the ocean, and he could return to Town with renewed purpose.

And maybe with a few husbandly bright ideas, because nine years was too long to pine for his own wife.

A Tryst by the Sea is available in the following formats:

A Tryst by the Sea is Book 1 in the Siren's Retreat Novella Quartet series. The full series reading order is as follows: